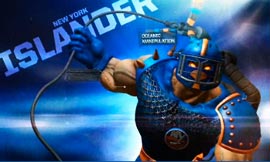 I attended a panel Friday morning sponsored by GuyRilla Marketing Group. While the panel, moderated by Robert Flores of ESPN, included Jeff Plaisted, senior director of U.S. strategy for Microsoft, and Brian Cristiano, founder and CEO of independent agency Bold Worldwide, I was mostly interested in what the third panelist -- National Hockey League's SVP of corporate sales and marketing, Keith Wachtel -- had to say.

That's because in the midst of the familiar topics on engagement, cross-media strategies, screens, and content, there were insights on how the NHL differs fundamentally from the other big four sports and how younger fans differ from older fans used to watching it all on TV. "Mobile is where things are taking place," said Wachtel. "If a person is watching on TV, he's doing it on iPad, too; he's on mobile. Or he's buying and sharing it on Shazam. Our fans are young, tech-savvy high earners."

He added that the days of big sports leagues letting fans find them are over. "It's us finding them, because they won't go to NHL.com; they are more likely to look for NHL content on sites like ESPN," he said. "So we have had to change our model: If you want our content, we will give it to you because at the end of the day, the platform shouldn't matter. The younger demographic is always changing where they are -- using social, not traditional sites. The question is, where are they? You have to find them before pulling them into the brand."

Also interesting were some points about the nature of NHL fan loyalty and of the realistic potential size of the NHL audience. Wachtel said the goal is not to grow the fan base, since hockey has geographic limits other sports don't ("If you can go outside and play the sport there, we'll be big there," he said), but to create the kind of league-level loyalty among fans that other sports enjoy -- not just team-level loyalty.

"We are fourth of the big four and our fans are the most passionate of all sports, partly because it's a smaller fan base. But while we have avid fans, most of our fans are tribal.” The difference between hockey and the other major sports is that on the ice, team spirit doesn't equal league spirit; everyone watches the Super Bowl, regardless of who their favorite football team is -- but in Canada, where hockey is the sport, when the Maple Leafs are out of the playoffs, Canadians stop watching the sport, per Wachtel.

Wachtel says the league's strategic programs over the past few years -- such as introducing tentpole events like the Winter Classic and Heritage Classic and "The Guardians," comic-inspired team characters by Stan Lee who team up to fight evil -- are about trying to bring fans out from behind their team banners.

"We want more fan engagement than we currently have," he says. "Our current fans aren't doing enough; we need Ranger fans to watch the Flyers. We need youth to buy more products. So the strategy is to get current fans to engage rather than just attract new fans."

I asked him what this NHL fan tribalism means for top-level sponsorships and consumer brand partnerships. After all, if NHL fans are associating only with individual teams rather than the league, why would a brand marketer want to do with the NHL the kind of cross-platform, top-tier partnership Kia is doing with the NBA? Who would the audience be?

Wachtel says the league is not trying to be the NBA or NFL, but acknowledges that fans actually want more opportunities to engage with the NHL brand. "We found that audience is craving more and more and more," he says, adding that the league is trying to create a bigger palette. "We now have a nine-month season, the Face Off, Winter Classic, Heritage Classic, HBO’s ‘24/7’; we have moved the longest-running awards show in the history of sports to Las Vegas."

In terms of how the league views its partnership potential for consumer brands, he says the ubiquity model offered by the NBA and NFL doesn't fit with hockey. "We have taken the conversation away from the NHL as a huge national brand to how we can offer activation across a number of big programs and across two countries and both national and local to key markets."

The other major issue for NHL and the other three big stick-and-ball sports is that the next generation may simply have no interest, as they are much more passionate about extreme sports and battle royales like UFC.

Wachtel sees another problem: when kids do get interested in sports like hockey, it's often not because they are playing it -- at least not in the 3D world. "They are learning about football … from playing [EA's] ‘Madden NFL 12’," he said. "My concern is how do we, as a traditional sports property, engage that demographic; how do we engage those consumers 18 to 34?" He conceded that integrating NHL into video games is probably one of the best ways.

I struck up a conversation with Larissa Faw, editor of Youth Markets Alert. We both agreed that in a world where it seems every company wants to be the biggest this or the best that, there is something refreshing about an organization like the NHL realizing its relative limits.

We were, however, disturbed by the paradox of kids learning about sports by sitting in chairs staring into digital space, given the obesity situation in the U.S. "Who are the role models promoting physical fitness to teens?" she asked. Neither of us could think of a teen fitness icon, although I suggested it won't come from traditional sports. "It's not cool, fitness is not a cool concept," I said. "If it comes from anywhere it will be from X sports like skateboarding, probably not from hockey."