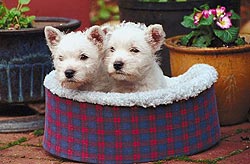 The pet industry is expected to maintain a steady pace of growth, increasing by 33% over the next five years to reach $67.7 billion in 2016, according to Mintel.

Collectively, the pet industry is expected to generate $50.8 billion in total U.S. 2011 spending, according to American Pet Products Association figures. This will represent a new high for the industry, as the market has consistently posted annual gains during 2002-11.

The industry’s ability to grow despite a tough economy speaks to owners’ commitment to their pets and manufacturers’ ability to develop products that resonate with pet owners. In fact, 76% of dog/cat owners consider their canine/feline companions to be part of the family. This closeness creates marketing and sales opportunities that go far beyond basics such as food to include apparel, toys, treats, vet care, grooming, boarding, and other pet-related items.

Innovations in the pet industry are mirroring innovations in human markets, says Fiona O'Donnell, senior analyst at Mintel. Since many owners consider pets as family members, this is not surprising, she adds.

“While humans are not the end user of pet products, they are the ones making the purchase decisions, so it make sense that product are developed with humans in mind as much as animals,” O’Donnell tells Marketing Daily.

“Functional” foods that provide health benefits have hit a chord with Americans in the past several years. According to the Mintel Global New Product Database, pet food that offers a "functional" claim has increased by 130% from 2006 to 2010.

In some ways, pet innovations are mirroring the human market. Considering that a majority of pet owners think of their pets as family members, this development is not entirely surprising. Pet product innovations go beyond the food aisle into lifestyle products that reflect the owner’s personality and interests via apparel or pet products. Some examples of these are pet products from Martha Stewart, which are available exclusively at PetSmart.

Driven somewhat by the close bonds between owners and their pets, social media is a fairly significant part of pet food companies’ marketing mix, O’Donnell says. These sites allow visitors to share animal stories, post pictures, and engage in other activities that make for an active online community.

Example he gave include Purina ONE’s Facebook page, which features a promotion in which the brand donates a dollar to homeless pets in its network of shelters every time a consumer watches one of the Purina ONE Beyond videos posted on the page.

Pedigree generally promotes its food as leading nutrition, as well as promoting good oral care for dogs with its Dentastix product, she adds. Pedigree uses Facebook, Twitter, and YouTube as the cornerstones of its social media efforts. In addition, the brand has a mobile smartphone website that provides product and pet-related information.

Fancy Feast uses a mix of traditional and social media.  The commercial, with the theme, “the best ingredient is love,” refers viewers to the Fancy Feast Facebook page, which continues the theme of a storybook wedding. Facebook visitors are invited to click on a link to help the couple plan their special day.

“Overall, their marketing effort is a good integration of traditional TV advertising joined with an online initiative,” O’Donnell says “As of September 2011, the Fancy Feast Facebook page had more than 72,000 fans and appears to have achieved its goals of increased engagement.”