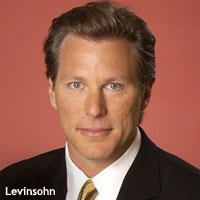 Still no merger news, but Yahoo, Microsoft, and AOL have agreed to share unsold “premium” display inventory among their respective ad networks.

The partnership, announced Tuesday, appeals directly to Madison Avenue’s desire for scalable reach -- something that has been increasingly hard to come by via TV, but not yet achievable online.

“This agreement should begin to change the industry’s perception of premium” inventory, Ross Levinsohn, Yahoo EVP of the Americas, said on a conference call late Tuesday.

More to the point, “this is about differentiation,” Levinsohn added, in response to a direct question about increasing competition from Google and Facebook, and whether their rise brought Yahoo, AOL, and Microsoft together.

A clear and present threat, Facebook and Google are expected to increase their share of domestic display advertising this year by 9.3% and 16.3%, respectively, according to eMarketer.

Yet by adding greater scale into the equation, the partners hope the deal will increase demand for their premium display ad offerings.

Slated to begin in January, there was no word on the exact amount of inventory being made available. In broad terms, the partners plan to make “the vast majority of our discretionary [inventory] available,” Rik van der Kooi, corporate vice president of the Microsoft Advertising Business Group, said on the conference call.

Regarding any concerns the Justice Department might have, the partners point out that the deal is nonexclusive, and that they plan to continue competing against each other as aggressively as ever.

Agencies and brands can still work directly with Yahoo Network Plus, AOL’s Advertising.com, or the Microsoft Media Network -- each of which attempts to differentiate itself in the areas of available data, optimization, packaging, and inventory.

Beginning next year, the Microsoft Advertising Exchange and Yahoo’s Right Media Exchange will initially serve as the two marketplaces from which the partners can procure this inventory for resale to advertisers and agencies.

AOL may, at its discretion, opt to use its own exchange technology solution subsequent to the launch of the partnership, the companies said Tuesday.

The deal will be effective in the United States for all three partners, and in Canada for Yahoo and AOL.