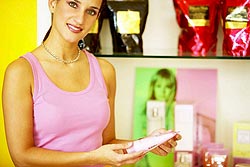 David Edelman of research firm McKinsey & Company articulated what most marketers probably already know, whether they are admitting it to themselves or not: it's time for the purchase-funnel paradigm to go into the trash bin of history along with those similarly shaped -- although infinitely more annoying -- South African horns of FIFA World Cup fame.

Speaking at the CMO Council in New York on Nov. 17, Edelman explained that McKinsey has come up with a new model, which it calls the Consumer Decision Journey (CDJ). The concept also offers  the benefit of having a visual device that looks like something much closer to the hearts of New Yorkers: a bialy.

The idea is that CDJ is a process of transformation -- rather than awareness -- per Edelman, who is partner and co-leader of McKinsey's global digital marketing strategy. "It's taking a fundamentally different view of what's going on in consumer behavior," he said. "What we have seen in sector after sector is that this [funnel behavior] is not what's going on; we need to reframe the consumer decision journey to something more iterative, circular and more about what the consumer is actually doing. And marketing needs to be about helping customers through that journey.”

The McKinsey model suggests consumer behavior is more like gin rummy, where consumers aren't just getting rid of cards, but constantly replacing them to build the perceived value of their hand. He said we go from considering brands to evaluating them either online or in stores, adding new ones as we get closer to purchase. "As they go through the process, consumers are constantly adding and dropping brands. You don't need to be at the top of the journey."

He pointed out that the journey is not a linear process from awareness ending in purchase. "Consumers live on a circular path," he said, where post-purchase defines consumers' relationship with brands and what they are likely to do next.

The circular model is also intended to address media platform proliferation, which is upending the linear funnel, partly because big awareness campaigns designed to feed the funnel make less and less sense. "Budgets aren't getting bigger. So you are taking the same amount of peanut butter and spreading it over more slices of bread. Yet we see 80% of spend either at the beginning of the funnel in brand advertising, or in promotional activity at the other end. But consumers are interacting all the way through the journey," he says.

Edelman says the new model allows cash-starved marketers to focus on channels, segments and consumer options rather than some idealized migration from broad to narrow, general to specific, and general awareness to consideration.

Besides, according to Edelman, advertising actually doesn't even drive retail traffic and retail point-of-purchase activity doesn't change consumers' minds. He said word of mouth, not advertising, is the most powerful method. Speaking of the cosmetic sector, he said 60% of the journey is triggered by running out and needing a refill, not by brand advertising. "In the end, she will have made up her mind before she goes into the store. So point-of-sale is not steering her decision."

And word of mouth is generated after purchase. Edelman says that while the traditional purchase funnel model spits the consumer out of sight and mind after purchase (which may say a lot about lousy post-purchase customer service) the CDJ model makes post-purchase at least as important as pre- because "consumers go through the experience with the provider, with service, and resolving problems," he said. "They may decide it’s a company worth talking about, and rating. And all of that becomes fodder for other peoples' consideration and evaluation."

He said -- again about cosmetics -- that the amount of time a consumer continues to engage the brand after purchase by going online, posting things about the cosmetic, the experience, what's working, and what isn't and how often how she engages drives what she and her social network buy next, per Edelman. He said 66% of consumers engage with a brand after purchase.