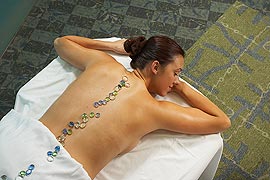 The 1% may over-index for strict Freudian analysis, but they are probably spending less of the 50-minute hour these days wringing their hands over the uncertain economy and the value of their Alexander Calders. And that's good news for all of us, right?

Research firm Ipsos Mendelsohn recently finished a two-month project on the medium-to-upper crust and found that people making at least $100,000 are feeling better about the economy. But the super rich are really feeling better. The Washington, D.C.-based Economic Policy Institute (EPI) found that although household wealth declined by 16% for the richest fifth of Americans and 25% for the rest of the country from 2007 to 2009, in 2009 the wealthiest 1% of U.S. households had net worth that was 225 times greater than the typical median household's net worth.

Ipsos Mendelsohn's study, based on interviews of over 2,000 affluents over two months. plus 1,000 non-affluents to provide a reality check, found that optimism is no longer falling. The good news for the especially affluent is that the top fifth is doing better and better now, while recovery among the hoi-polloi is as flat as a leftover tarp in Zuccotti Park.

Stephen Kraus, chief research and insights officer at the firm, said the survey queried respondents on their last purchase in 15 categories. One of the firm's conclusions is that luxury is much more subjective than it used to be, when image mattered as much as substance. "Eighty-nine percent of respondents said luxury is in the eye of the beholder," said Kraus. "Responses varied widely, but pampering was important. It might be a fish pedicure [don't ask], a two-hour massage, or a facial in a spa in Beaver Creek."

He said consumers said travel was important. And while gadgets were important, luxury wasn't necessarily defined by so-called luxury-identified brands. "We saw a broad range of devices, things like digital cameras, and flat-screen TV's." Kraus said when asked what luxury vehicle they had purchased recently, "it was not necessarily brands you might expect. Yes, people mentioned Mercedes-Benz, BMW and Lexus, but also Mini Cooper, Harley-Davidson and Corvette, and someone even said they had just bought a John Deere tractor," he said.

Indeed, the luxury bar has been lowered, per Kraus, who said over 90% of affluent consumers surveyed said small indulgences can be just as meaningful as high-end products. Over half said a luxury is the same thing as a treat. "That is a new component in the evolution of luxury."

And while traditional luxury categories were certainly prevalent among the more affluent, who cited brands like Cartier, Louis Vuitton, and Patek Philippe, respondents also defined luxury less in terms of unit price than a kind of an existential relationship to the experience. So it could be something like chocolate truffles, a Keurig coffee machine, imported cheese -- even a latte from a favorite coffee shop.

Two-thirds of affluent respondents said they define luxury differently than they did, say, five years ago. For instance, affluent consumers no longer think value pricing hurts a luxury brand's cachet. Kraus said 90% of affluents admitted to going out of their way to find the best price. "Fewer than half said true luxury is worth any additional cost and fewer than half also said true luxury does not go on sale, and even fewer said when a luxury product goes on it sale it lessens the perception of luxury. So consumers are bringing a very strong value orientation even to highest-ticket items."

The takeaway, per Kraus, is that personal meaning in luxury is intertwined with the brands and their meanings. "There is a strong sense that luxury is not stereotypical, but personal. Back in 2005 or 2006, there was a more shared sense of what luxury is, but today it's much more personal and idiosyncratic. It’s about a feeling of 'I deserve' more than anything. And rarely were they talking about how it appears to others; it's much more about self-gratification."

Looking forward, there are reasons for optimism, according to Kraus -- who said at the high end, across 15 categories, there is a positive gap in terms of purchase interest. "People said they'd be more interested [in buying luxury products], not less -- we're seeing 5 or more percentage points across every category. At the very high end, among those who make $250,000 or more, the gaps average about 20 percentage points. The firm says 70% of affluents and 60% of non-affluents plan to buy luxury in the next year. Fewer than one in five affluents and one in ten non-affluents said they have no interest and don't buy luxury.