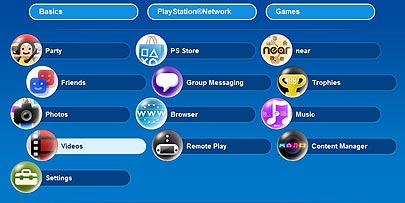 When tens, even hundreds of thousands of games are flowing through smartphone markets at 99-cent price points, it makes no sense for the legacy handheld game makers Sony and Nintendo to race the others to the bottom. As the makers of the PSP and DS respectively watch their once-mighty market in portable gaming disintegrate before their eyes in the smartphone revolution, both have upped the ante and gone high end this year to make a final stand for dedicated handheld game consoles.

This past week Sony came into the fray when it launched the tricked-out and pricey Playstation Vita in Japan. With a 5-inch OLED display, multiple modes of touch interaction (including from the back of the device) and the promise of games comparable to living room consoles, Sony is going big.

The Vita goes on sale in the U.S. in February for $249, pretty much the same price point as full-blown TV game consoles. The company just started teasing the U.S. market by releasing an extensive online manual. The first run of units sold out in Japan, according to reports, but that same pricing damaged the launch of the Nintendo 3DS on these shores earlier this year. After a tepid market response to the 3D enabled successor to one of the most successful gaming platforms ever released, the DS, Nintendo was forced to reduce its price radically only months after launch. In the most recent NPD figures, the 3DS appears to have gained some traction.

The more important question for both Sony and Nintendo is whether their handhelds can reach beyond the fan boys that always want the latest toys and superior gaming experiences, and the broader market that made the DS -- and, to a lesser degree, the PSP -- successes.

The smartphone gaming market not only fundamentally changed the economics of gaming, it also gave the gaming industry a long-overdue adjustment in its understanding of gamers. It took years for the major game publishers like EA and Activision to face the facts: that even hard-core gamers tended to prefer simpler, different kinds of gameplay on their handhelds. Hardware and software developers kept aiming for the high end and recreating the full console gaming experience when most people, even the fan boys, were playing in a different mode when on smartphones. It seems to me an open question whether the intricacy and sophistication a Playstation Vita promises even has much of an audience anymore -- or if the two major player in a once-mighty market are just carving out a nano-niche for themselves now.