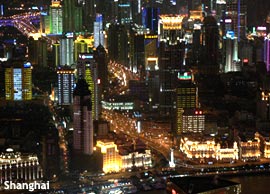 Social networking now accounts for one of every five minutes spent online, making it the most popular online activity worldwide, according to a comprehensive new report from comScore. What’s more, it leads all content categories in the number of display ads delivered, accounting for more than 1 in 4 U.S. display ad impressions (28%).

Even so, the study found that social networking lags when it comes to attracting ad dollars, capturing 15% of spending on U.S. display advertising -- despite serving up more than a quarter of the impressions. Social networking in the U.S. is synonymous with Facebook, which alone served up more impressions in the third quarter than the four major portals combined.

Still, the 17% of time spent online using social media represents is roughly comparable to the 15% share of display ad dollars. Furthermore, much of the marketing on Facebook comes in the form of earned or owned media via brand pages and apps, rather than through paid advertising. Much of the paid advertising on Facebook is small, low-cost ads from long-tail marketers rather than high-cost campaigns from big brands.

The comScore report also indicates how other publishers and advertisers are benefiting by incorporating social media elements into ads. For example, 5% of all ad impressions viewed in the U.S. were “socially enabled,” allowing users to click through to Facebook or other social sites.

While the U.S. market accounts for the bulk of Facebook’s advertising, the social networking giant reaches more than half (55%) of the world’s global audience and accounted for one in every seven minutes spent online around the world and three of every four social networking minutes.

If Facebook were not blocked in China, imagine how much wider its audience might be. There are only a handful of other countries -- including Russia, Japan, Brazil and South Korea -- where the site is not the leading social property.

The report points out that Twitter is coming on strong, too. It now boasts one in 10 Internet users worldwide, growing 59% in the past year. Like Facebook, about 80% of its users are outside the U.S. Its expansion also reflects increasing adoption of microblogging services more broadly, including Tumblr, which ranked as the 12th-largest social network globally, up 172% in the last year. Chinese site Sina Weibo saw a similar audience gain in 2011.

The spread of social networking worldwide is not a strictly youth-driven phenomenon, either.

While young people are the most engaged users -- with an average of eight hours per visit --the activity is catching on with users of all age groups. People 55 and over, for instance, are the fastest-growing age segment, with penetration that has increased nearly 10 percentage points since July 2010 to 80% in October 2011.

Among other highlights from the study:

-LinkedIn was the second-fastest-growing social network last year, behind Twitter, at 55%.