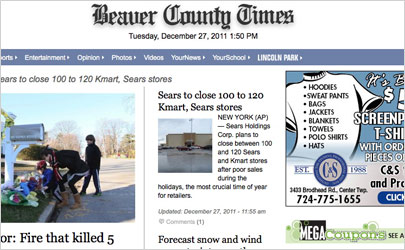 Local newspapers remain the dominant source of news in small towns and rural areas, according to the results of a new survey performed by the Reynolds Journalism Institute’s Center for Advanced Social Research and the University of Missouri’s School of Journalism on behalf of the National Newspaper Association.

Respondents said they spent an average of 39 minutes a week reading the local newspaper, up slightly from a previous survey in 2010. The survey also found that older adults, residents who have stayed in their communities longer, and people with more education read local newspapers significantly more than younger adults, residents of shorter duration, and those with less education.

In terms of motivation, 83.2% of respondents who read the local newspaper do so primarily for the news content, but 69.2% also agreed that it “provides valuable local shopping and advertising information.”

The organizations surveyed 500 adults ages 18 and over living in areas served by newspapers with a circulation under 15,000.