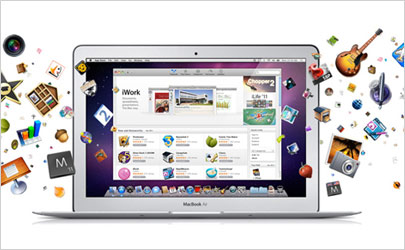 Web shoppers hardly took the day off on Christmas, with online sales growing 16.4% from a year ago on December 25. The share of online sales from mobile devices increased as well, rising to 14.4% from 5.3% in 2010, according to the latest IBM Coremetrics data.

Furthermore, 18.3% of all online sessions on retailers’ sites came from a mobile device, up from 8.4% on Christmas Day a year ago. The iPad led all traffic among mobile devices, at 7%, followed by iPhone (6.4%), and Android (5%). That finding underscores the prominent role tablets have come to play in e-commerce, and Apple devices in particular.

On the day after Christmas, online sales increased 10% from a year ago, while sales from mobile devices reached 13.8%. Almost 19% of retail traffic came from the mobile side on December 26. The increased online and mobile sales and traffic on Christmas and the following day mirror gains that IBM reported for Thanksgiving Day and Black Friday.

Mobile shopping is also likely to grow as a result of people receiving new smartphones and other devices as gifts this holiday season.

App downloads on December 25 also more than doubled, growing to 242 million from 108 million. “This is due to a massive influx of smartphones and tablets given as gifts. As fast as loved-ones can unwrap their shiny, new Galaxy IIs, iPhones, iPads, Kindle Fires, et cetera, they start loading them up with new apps,” stated a Flurry blog post.

The company’s analytics software is used in more than 140,000 apps, running primarily on the iOS and Android operating systems.

When it comes to smartphones, Android commands a lion’s share of the market. The Google platform accounted for more than half (52.5%) of smartphone sales in the third quarter, compared to 15% for the iPhone, according to Gartner. However, Apple so far maintains dominance in the tablet market. Research firm IDC estimates the iPad represented 61.5% of worldwide tablet shipments in the third quarter.