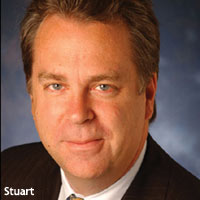 Greg Stuart is no stranger to stoking the growth of digital media. During his tenure as CEO of the Interactive Advertising Bureau from 2001 to 2007, U.S. Internet ad spending grew from $6 billion to $17 billion a year. He also helped lead early Internet start-ups like Cars.com and Flycast Networks. Now, as global head of the Mobile Marketing Association, Stuart is trying to build mobile into another major ad medium.

Having wrapped up his first year on the job, Online Media Daily talked to Stuart about what he’s accomplished so far, challenges to expanding mobile marketing, and what lies ahead for the MMA.

OMD: Aside from lining up Gene Simmons as a keynote speaker, what do you view as the key achievements by the MMA in your first year as CEO?

Stuart: We were able to build toward mobile’s potential. We launched in seven new nations for a total of 49 countries worldwide, and passed the 700-member-company mark. We launched an education program to complement our certification program, already in nine countries.

We also brought forward new products for members and created Premium Membership strategic programs that included marketer and publisher education, and the CEO/CMO Summit, which raised more than $2 million. We launched plans for the first-ever mobile marketing event and global expo for Advertising Week 2012.

OMD: What do you see as the key developments in the mobile world in 2011?

Stuart: 2011 was the year when mobile really began to hit its stride. The rapid adoption of the smartphone and especially tablets changed everything. It brought to bear the huge potential of mobile as channel for marketers. There were 324 million handsets sold in 2011 alone. It was also the year in which mobile outstripped print, with U.S. adults spending more than 10% of their time on mobile, as opposed to only 4% for newspapers and 2.8% for magazines.

OMD: How big an impact do you think tablets will have on mobile advertising? Do you think brand advertising in mobile will eventually shift from phones to tablets because of the form factor?

Stuart: Consumers’ shift in media consumption to tablets is considerable; Amazon was showing sales of 1 million units a week of the Kindle Fire into the holiday, but what the impact on mobile advertising will be remains to be seen. The tablet is going to be a huge part of the future of mobile and will have a big influence on how brands and sellers approach marketing in the mobile channel.

OMD:  Given your background as former head of the IAB, how would you describe mobile marketing now in relation to the evolution of online advertising?

Stuart: Mobile is growing at a faster rate right now than we saw during the formative years of the growth of Internet advertising. We’re also seeing how effective a channel it can be as mobile ad campaigns outstrip Internet campaigns in brand metric deltas in areas like ad awareness, purchase intent, and message association. But it’s important that mobile avoid the mistakes that the Internet made.

OMD: What mistakes -- and how does mobile avoid them?

In mobile, we have to be better than the Internet because mobile is so much more personal and we have an opportunity to be better. To make sure that we’re better -- and smarter -- the MMA has committed to creating industry-leading best practices, standards and guidelines -- just last week, we finalized our Privacy Guidelines for Mobile Apps for public comment and introduced the Universal Mobile Ad Package for public comment.

OMD: The IAB a year ago created a Center of Mobile Excellence and has promulgated certain standards in connection with mobile advertising. How do you define the roles of the IAB and MMA when it comes to mobile advertising? Is there a bit of a turf battle?

Stuart: We cooperate closely with the IAB in many areas where our interests intersect, especially in areas of ad measurement standards and best practices -- where it’s important that we reach consensus with our respective constituencies and collaborate. At the MMA, we’re never going to have to balance competing interests: We are laser-focused on realizing the potential of mobile and serving the mobile ecosystem. And with four regions and more than 700 members in 49 countries worldwide, we’re the only trade organization representing and leading the mobile industry on a truly global scale.

OMD: What are some of the key issues you plan to tackle in 2012 as head of the MMA?

Stuart: We plan to work with our members across the industry -- buyers, sellers and enablers -- to continue to create guidance, policies, best practices and standards in key areas.  We’ll be increasingly focused on regulatory issues, and we will be expanding our education programs to help share what’s possible and what has been most effective for our members with others.