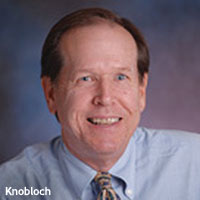 RJ Palmer (RJP) the New York-based media shop, is starting the New Year as a wholly owned subsidiary of agency holding company MDC Partners. It has traded its 33-year history of independence for cash (about $25 million), scale and resources.

In return, MDC gets a media agency that has generated double-digit revenue and billings increases over the past several years and will help fulfill the holding company’s goal of reaching $10 billion in billings over the next five to 10 years. The purchase of RJP, with current billings of over $800 million, nearly doubles MDC’s billings total, bringing it to almost $2 billion.

The media agency has close to 50 clients, including pharmaceutical giant Boehringer Ingelheim and cable's The Game Show Network, which it won last summer without a formal review. But now it will have access to the vastly bigger universe of MDC, which has 50 agencies and 900 clients.

That said, there are no guarantees that any of them will take advantage of RJP’s services, although the media agency will have ample opportunity to present its case. “They’ll help us open doors at their agencies,” said RJP CEO Peter Knobloch. “We’ll be successful with some and not with others.”

But Knobloch stressed that “nobody is forcing anything either way.” Indeed, he noted that a big part of the conversation leading up to the acquisition dealt with RJP’s ability to go about its business relatively free of interference from corporate management. MDC has a reputation for being a hands-off manager as long as expectations are met.

“We’ve been an independent operation for over 30 years and that just can’t change overnight,” said Knobloch. “And I don’t get the sense it’s in their plans to do that.”

Over the last couple of years, RJP has expanded its capabilities, creating both a branded content unit and a barter operation called Trade X Media. With a controlling stake in Trade X, MDC is entering the barter advertising business for the first time.

Meanwhile, says Knobloch, MDC can provide resources that will strengthen RJP’s offering, particularly in areas such as analytics and social media, two areas that MDC has bulked up on through both acquisition and internal development.

MDC has been on a buying spree for the last two years -- acquiring nearly 20 agencies, most specializing in areas such as digital, PR, social media and experiential marketing.  But according to company CFO David Doft, MDC will be “pulling back a bit” on acquisitions over the next couple of years.

Speaking at a Citi media conference on Tuesday, Doft said: “Now we need to manage down” the company’s debt. But the acquisitions have helped on a number of fronts, he said. A key benefit is that the company is now less reliant on its two or three biggest agencies for revenue.

Knobloch is looking forward to working with the new owners. “We’re well-positioned for 2012,” he said, adding that the firm is talking with several new business prospects outside of MDC.