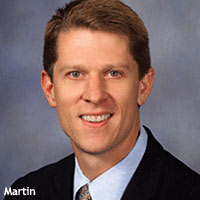 Time Warner says the TV advertising market of a few weeks ago wasn't promising -- but the start of 2012 has possibilities. Speaking at the Citicorp Global Entertainment, Media, and Telecommunications event, John Martin, executive vice president/CFO of Time Warner, called the ad market "mixed" -- although the first quarter is looking up.

That's especially true now that Time Warner's TNT is airing NBA games after a delay to the start of the season. "Things are picking up," Martin says, noting that first-quarter cancellation rates are at "very low levels." Typically, advertisers can cancel up to 25% of their upfront deals made during the summer's upfront market.

"We saw a slowdown in the fourth quarter -- as many companies did," says Martin. "We were looking at mid-single digit [cost per thousand viewer] increases. That may have been optimistic."

"Awareness is still low," he admits. "But it's a process." He adds that overall, the industry needs to do a better job: "The authentication process is not where it should be and it needs to be consistent across networks."

But he believes much of this will change -- especially now that other big TV producers are also making TV Everywhere deals, such as the recent Walt Disney/Comcast agreement.

Martin believes TV Everywhere should be on TV itself -- meaning an enormous amount of on-demand choice on TV with new software/interfaces. "It's a much better experience," he says. "It'll be a game changer." Martin predicts that roughly, in two years, usage levels for TV programs made available via TV Everywhere will grow.

"The TV ecosystem is still very healthy," he says. "We understand the economic backdrop which we are operating in. We have seen multichannel home growth pause. [But] the value proposition of TV is only getting better."