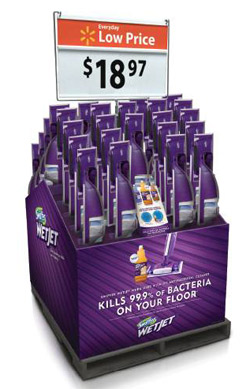 If Dina Howell has one mission at Saatchi & Saatchi X, it’s to help clients understand that shoppers and consumers aren’t the same people, and that speaking to them effectively requires two different approaches.

“When you are a shampoo consumer, you’re in the shower. You’re thinking about how it squeezes out of the bottle, and how it smells. Not when you are a shopper,” says Howell, the agency’s worldwide CEO, who joined a year ago after retiring as vice president of global media and brand operations at Procter & Gamble. “Then you’re noticing different things: Is the shampoo you want in stock? Are there other brands that appeal to you more?”

But Howell knows that neither approach matters more than the other. “Traditional advertising is critical to help consumers understand a brand, and the big idea. But when that consumer turns into a shopper and walks into the store, there’s so much more on her mind.”

The precise intersection of shopper with product is what Saatchi & Saatchi X zeros in on it with the intensity that earned it this year’s honors. Working for such clients as Diageo, Frito-Lay, Walmart, Wendy’s and, of course, Procter & Gamble, Howell explains the agency is intent “on using any marketing stimuli to build brand equity and engage people in a way that leads to a purchase. It can happen in a store, it can happen online. But the key is recognizing that it’s not a short-term effort, but building longer-term brand equity.”

While many still think of shopper marketing as the dull business of signage and endcaps, it’s actually one of the most reliable, measurable and innovative media out there. The Grocery Manufacturers Association estimates that it accounts for between $50 to $60 billion in marketing spending, and that many major consumer-goods companies have more than 20 dedicated employees.

“Wow” moments, as Howell calls them, make that spending more effective, and can only come from the customized solutions and creative insights that stem from research. One of her favorite examples is P&G’s Swiffer. “P&G realized there was a huge opportunity, and that there were many people who had not tried it. The barrier was that people couldn’t understand what was inside that rectangular box, and why it cost $10.” So they convinced P&G to take the product out of the box and hang it in the mop aisle. “Once [the customer] could touch it,” Howell notes, “sales skyrocketed.”

Such changes require in-depth understanding of every step of the retail process. “It took several years of research to get it out of the box. There were some engineering issues, there were logistic issues, and there were store questions. We had to convince all parties that this was going to create such a difference in shopping and buying momentum that it would be worth it.”

It was, says Kristine Decker, associate marketing director for Procter & Gamble, who has also been brand manager for Swiffer. “The game-changing work Saatchi & Saatchi X did with Swiffer to uncover breakthrough shopper insights at the point of sale and turn them into business-building plans is a great example of the impact SSX has on the marketing landscape,” she says. That increasingly global landscape has Howell traveling so often from their headquarters in Arkansas to their 14 offices in 11 countries that she carries two passports.

Balancing store versus digital initiatives is also an area of focus and innovation, especially since the smartphone has created powerful connections between the two. “Now, the shopper may be in the store, standing in front of all your hair dryers. But she’s also online, comparing prices and reading reviews.”

Demographics are also shaping the science, and keeping up with differences is key: “Millennials are spending five times what Boomers spent at the same age,” says Howell. Five times.

Using that knowledge, the agency aims to try and make shopping more intuitive and rewarding — a brand-building transaction, not just a financial one. Shoppers, she says, “are ultimately the client. They aren’t paying us, but we believe our clients look to us to keep shoppers in the center of everything, and that focus is timeless.”