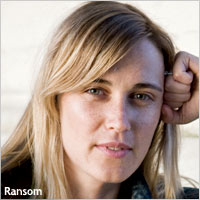 Brand marketers continue to struggle with determining return on investment for social media campaigns. Eighty-eight percent admit to gaining positive ROI on campaigns, but a study released Wednesday from Wildfire, a social media platform company, shows that the metrics remain all over the map.

Gaining positive ROI is great, but what do marketers measure?

Thirty-eight percent monitor increased fans, likes, comments and interactions, which means the marketers put a value on the fan; 24% point to an increase in revenue as a metric; and 15% look toward increased brand awareness. Less than 5% of all respondents defined positive ROI as revenue less cost -- a more traditional metric.

When asked the top three reasons for valuing a Facebook Fan when applying traditional definitions of ROI, forty-four percent said they use that metric as a way to get new consumers, 18% sought higher conversion rates, and another 18% said more frequent purchases.

Ransom views social media marketing as a process composed of three steps. First, marketers must look at broadening the fan base. When it comes to building a network in Twitter for brand pages, companies need to acquire followers. Ninety-seven percent of those surveyed believe social media benefits their business.

High-resolution touchscreens and smartphone user interfaces moving from the small screen to the computer or to the television will broaden the reach of social media campaigns. For example, 3M created a touchscreen for desktop and laptop computers. Lenovo demonstrated at least one 10-finger touchscreen during the recent Consumer Electronics Show.