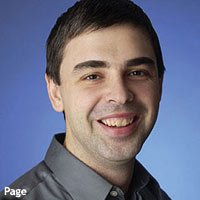 Aside from Android, Page also released numbers related to other Google businesses. Display advertising reached an annualized run rate of more than $5 billion. Advertisers are spending more than 130% on the DoubleClick ad exchange, and Gmail has 350 million active users.

Analysts may have been disappointed, but marketers were not. When it comes to marketing, Google's earnings numbers were in line with expectations, according to Roger Barnette, president of IgnitionOne, a digital marketing company. "The increase in revenue is really quite impressive," he said. "The numbers show an extremely healthy and positive quarter for Google, although the analysts weren't happy because the company missed EBIDA."