Did Ask.com Finally Nail It? 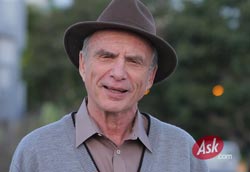 Ask.com picked up momentum on its latest ad campaign through a series of messages that ask lots of questions. The company elected to opt-out of airtime during Super Bowl Sunday and run a steady stream of ads in select markets -- Los Angeles, San Francisco, and Seattle.

One ad suggests that more than 100 million people ask questions on ask.com. Another ad claims that 60 million ask questions monthly. When Ask's parent company, IAC/InterActiveCorp., reports earnings Wednesday, Citi Group Analyst Mark Mahaney expects the company to report that revenue grew 22% in Q4 compared with the prior year's quarter -- slightly less than the 23% it grew sequentially. He has a "buy rating" for IACI based on the company's search business.

Yes -- IACI's "search business." Mahaney tells us in an analyst report that IACI's search business appears to have sustainable growth in light of the renewed search deal with Google, continued toolbar innovations, and improvements in CityGrid. Other factors also come into play.

Ask Network accounted for 2.9% of explicit core searches in December and November 2011, according to research and data firm comScore. More than 18.2 billion explicit core searches were conducted in December, up 2% sequentially. Google Sites rose 3% to 12 billion sequentially, followed by Microsoft Sites rising by 2% to 2.7 billion and Yahoo Sites declining slightly to 2.6 billion. Ask Network rose 3% to 531 million searches in December.

While it's difficult to pinpoint the exact cause for the increase in searches across the Ask Network, the release of its mobile application in August that translates voice to text appears to have contributed. The application allows users to ask a question -- no typing required -- and receive a text answer.

The Ask.com app, geared toward phones running the Google operating system, follows the app for the iPhone. At the time, Ask.com said its mobile site experienced double-digit growth in traffic from smartphones for the three months prior -- of which 60% was from phones running the Android OS.

A social application followed in November. IACI introduced Crowded Room, a location-based service available through the iPhone App Store and Android Market created to connect those frequenting similar places with shared interests and mutual friends. The company claims it has made socializing, networking and dating easier by digitally identifying common bonds and putting personality to the faces in a crowded room.

Analysts project that profit will rise by 900% versus last year to $1.30, but it's not clear how much ads and search contribute to the uptick. The average estimate of analysts is for profit of 42 cents per share, up seven times from the company’s earnings for the year-ago quarter. During the past three months, the average estimate has moved up from 37 cents.