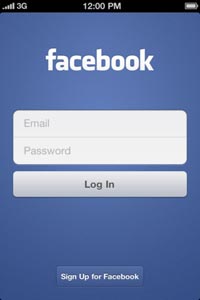 U.K.-based mobile payments firm Bango said Wednesday it had struck a deal to provide “payment services” to Facebook. The terse quality of the announcement was similar to one the company made when disclosing a partnership with Amazon in December. The release stated “it is too early in the relationship to accurately forecast the level of business which it may generate.”

The agreement suggests Bango could provide wireless billing services to Facebook as the social networking giant seeks to monetize its mobile platform prior to its IPO. While boasting 425 million monthly active mobile users, Facebook conceded in its IPO filing that it hasn’t generated meaningful revenue from this side of its business to date.

In addition to Amazon, Bango has worked with clients such as EA Mobile, Opera, BlackBerry App World and Fox Mobile Group o provide payments systems for phone bills and credit cards, as well as back-end analytics. Facebook may plan to use Bango to handle payments for apps, virtual goods or other mobile transactions.

Facebook has launched an iPad app and opened up its mobile platform for the first time to third-party developers. According to Inside Facebook, the company currently uses Boku to process mobile phone payments for HTML5 games like CityVille. “This is only possible in the mobile Web version of Facebook, not native applications, because Apple and Android take 30% of in-app transactions on their platforms,” it stated in a post today.

Carrier-based billing could provide an alternative to in-app purchases through the App Store or Android Market. Bango says its technology is optimized for Web-based apps.

According to reports, Facebook plans to unveil a mobile advertising platform next month. About 85% of its $3.7 billion in revenue came from advertising, and the balance from its payments business. But the latter could get a further boost from the Bango partnership.