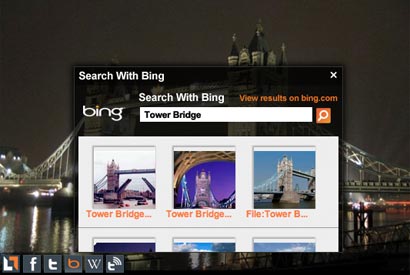 Luminate, which helps Web publishers turn images into ads, has secured $10.7 million in a third-round venture funding led by Nokia Growth Partners and includes prior investors August Capital, CMEA Capital, Google Ventures and Shasta Ventures. That brings its total raised to date to about $28 million.

Luminate plans to use the new funding to improve its technology, expand its publisher network and broaden relationships with brand advertisers. The company already counts 7,000 sites in its network from publishers including Hearst, CBS, msnbc and Parade.

Formerly known as Pixazza, Luminate allows publishers to monetize images on their sites by embedding them with widgets that can power online shopping, advertising and social sharing within the photos themselves. Sites integrate the company’s service by adding a single line of Javascript code to their pages and selecting which types of in-image apps to use.

On the consumer side, users mouse over images on sites in the Luminate network to see information about products similar to those pictured, along with links to external sites. (A company icon in the corner of a photo indicates an image is interactive.) Luminate works with more than 75 merchants and advertisers, including Zappos, Nordstrom, Macy's, and Gap and maintains a database of 20 million products tagged in images across the Web.

Publishers can also add apps that let users share images via email, Facebook, or Twitter, get more information about a particular event, or learn more about people featured in a photo. A separate app lets them overlay relevant advertising within images.

Today, Luminate introduced another nine specialized apps that will allow users to do things within images, including making donations, viewing related images using Bing, watching movie trailers of actors shown in photos via YouTube, and purchasing the songs of artists shown from Amazon.com.

The company has also launched what it calls an Image App Store, where publishers can browse and demo different titles before installing them. Later this year, Luminate plans to open up its platform to third-party developers to come up with additional in-image apps.

Paul Asel, managing partner of Nokia Growth Partners, will join the company’s board of directors in connection with the financing.