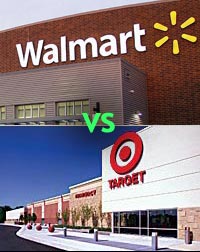 In their ongoing tug-of-war for consumers’ grocery carts, Walmart has again beaten Target on prices, according to the latest analysis from Kantar Retail. It won by the widest margin in seven iterations of the survey, and for the first time, Walmart also came out on top in each of the sub-basket assortments measured by Kantar.

It’s a sign that Walmart’s decision to push its “Everyday Low Prices” positioning even harder is paying off, despite Target’s “Expect More. Pay Less.” brand promise, and its accelerated rollout of larger grocery departments within its stores.

“These results demonstrate the impact of Walmart’s basket EDLP strategy which has intensified since mid 2011,” writes Leon Nicholas, Kantar’s SVP, in the report. “Suppliers will continue to feel heightened pressure to improve Walmart’s internal efficiencies if not through outright efforts from Walmart to get suppliers to “match” Walmart-funded price reductions. As such efforts are implemented, Walmart plans to further its downward pressure on price in an effort to widen this basket price gap.”

Of course, just because Walmart’s prices are lower doesn’t mean consumers think they are -- especially as Target and other competitors develop new promotions that make cost-comparisons trickier. “The abundance of loyalty card rewards will continue to diminish shelf-price comparisons as a gauge of shoppers’ perception of value,” he adds.

By comparison, Target’s focus on its top-tier customers, the 10% with higher spending potential, “may come at the cost of alienating new or occasional guests, who are only offered shelf prices, leading this mass retailer to depend on an increasingly less diversified core shopper portfolio.”

The semiannual study includes a selection of national brands, as well as subsets of private-label items, including edible grocery items, non-edibles and health and beauty products.

But it’s likely that dollar stores, convenience stores, and supermarkets will all be stepping up their price challenges in the months ahead, as higher fuel prices continue to drive food costs up. While food prices rose 5.3% at retail in January, according to the Department of Agriculture, with retail beef up 10.2%, overall food prices are expected to rise 3.5% this year. Forecasts call for consumers to spend a total of $1.36 trillion on food this year, with $712 billion of eaten at home, and $648 billion away.