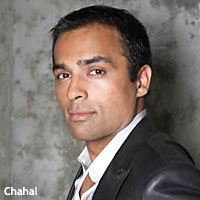 RadiumOne, which runs a social data-driven ad network, is closing a $50 million venture investment round, a source close to the company confirmed. TechCrunch had first reported the funding Friday. The latest financing brings the total raised by the startup to $83.5 million.

The company most recently raised a $21 million round a year ago from investors, including Crosslink Capital, DFJ Esprit, Adams Street Partners and Trinity Ventures.

The company’s ShareGraph technology taps into the data that people share through social networks, links, blog posts, videos and other online sources. It figures out which consumers most closely match a brand's customer, based on how they interact with each other.

After segmenting people with similar interests into “social clusters,” it uses a proprietary algorithm to model lookalikes of these groups and retarget them in real-time around the Web. The platform sifts through data from social media sources, including gWallet, the virtual payment service that distributes offers in social games and applications. gWallet was started by Chahal before RadiumOne.

The company provides display, video and moble ad opportunities on what it calls an “invitation-only” network of comScore 500 publishers. RadiumOne says its network served 12 billion impressions a day.

On Thursday, it introduced an app for the iPhone and desktop Web called Via.me that lets users filter and share photos, videos, audio and other content across multiple social networks. The new offering follows its release of a mobile group messaging app called PingMe.