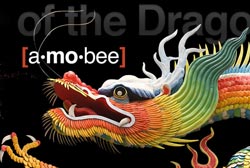 In particular, it sees promise in moving beyond simply mobile advertising into “relationships marketing” for more one-on-one connections between brands and consumers. It plans to offer targeted advertising, daily deals, coupons, loyalty rewards programs, etc. “SingTel fully intends to harness these opportunities to become not only the leading mobile advertising company in Asia Pacific, but also among the top three worldwide,” the company says in its announcement.

But $321 million is a substantial price to pay in the nascent mobile advertising space. According to The Wall Street Journal, Amobee has about $600,000 in net assets. SngTel says that Amobee has been generating strong revenue growth year-over year since its founding in 2005. It counts eBay, Zynga, Skype, Barnes & Noble and Google among its clients. The company most recently won the Mobile Advertising & Marketing Agency of the Year Award at the GSMA Mobile World Congress Global Mobile Awards, and has been expanding its efforts in the Asia-Pacific region.

SingTel’s CEO of Group Digital Life Allen Lew said: "The mobile advertising market is nascent and has significant potential for mobile operators, who are able to provide differentiated solutions across smartphones and feature phones, giving brands a better return on their marketing spend. We want to capture that growth in developed and emerging markets, starting with this acquisition.”

SingTel says Amobee will retain its current leadership and structure.