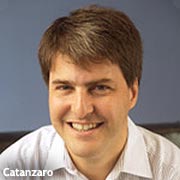 Prospecting -- the technique of finding consumers interested in specific products that they may not know exist -- can lead to 147% higher conversion rates for some industries when combined with ad retargeting, according to a study scheduled for release Thursday.

DataXu ran several tests across four industries and found that combining the two techniques -- prospecting and retargeting -- drove up conversions 37% in the automotive industry; 43%, telecom; 128%, customer service; and 147% for financial services.

The studies, which ran at the end of 2011, differ in the number of ads served and the duration of the campaigns. All had significantly higher results. The automotive study required two tests, one with 192 million users, and the other with 113 million users. The first test was successful in reaching consumers through outdoor, sports, news and shopping content from 8 a.m. to 1 p.m., Tuesday through Saturday. The other found success in automotive, gadgets, and fashion, benefiting most from serving ads between 8 a.m. and 7 p.m. Monday and Tuesday.

"In financial services, people need direction when it comes to choosing a credit card," said Sandro Catanzaro, SVP of analytics and innovation at DataXu. "Consumers may know they want one, but they need to be approved. The technology can pre-qualify the leads through behavior and other metrics."

DataXu also used heat maps that for certain industries suggest the mid-Atlantic region -- such as New York, New Jersey, North Carolina, and Pennsylvania -- may be more likely to result in sales, compared with the Midwest. Sales seem to increase in the Rocky Mountains when ads were served between 7 a.m. and 2 p.m.

The results appear to demonstrate that advertisers looking for incremental sales can create more leads with online prospecting -- and close those leads through retargeting. A greater quantity of leads reduces the pressure on advertisers to fight for each retargeting impression that could cause brands to overpay for media.

DataXu's Advanced Analytics Group worked with several advertisers running campaigns across automotive, telecom, consumer services and financial services markets studying consumers who converted. The group separated consumers for whom offline media, such as television, drove retargeting from those first discovered by online prospecting. The team then measured the number of conversions.

Catanzaro said one of the next challenges will be to create what he calls "personal attribution" to retarget across devices using prospecting.

"There are certain companies that think they can create a personal ID that goes across devices," Catanzaro said. "Technology that relies on an opt-in panel can do this, too. This means working with people to measure the ad results of a campaign. The problem with the opt-in panel is you might not be able to effectively retarget those consumers."