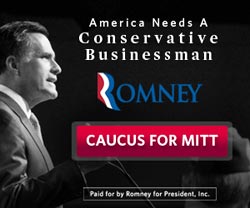 With mobile ad spending expected to rise during the 2012 election season, Jumptap is launching new options for political advertising in partnership with two outside data specialists.

To do that, Jumptap has teamed up with i360, a database catering to Republicans and conservative advocacy groups, as well as Catalist, a data provider associated with Democratic campaigns and causes.

The political targeting data from the two companies will be combined with Jumptap’s existing capabilities for reaching mobile users based on geographic, demographic and behavioral criteria. The ad network already works with other third-party data firms, including Acxiom, TargusInfo, Datalogix and Polk.

Political and technology experts have proclaimed 2012 the year of mobile when it comes to political advertising, given the proliferation of mobile devices since the 2008 election. Nielsen last week estimated that half of U.S. adult mobile users now have a smartphone, opening up new possibilities for reaching voters on the go.

Nearly 100 million people in the U.S. own a smartphone. Mobile is a huge -- and until recently, often untapped -- opportunity for reaching American voters,” said Harold Ickes, Catalist president and former White House Deputy Chief of Staff for President Bill Clinton.

Michael Palmer, COO of i360, similarly stated that mobile marketing will be of increasing value to political advertisers.

Among other mobile companies that enhanced political advertising offerings this year is location-based service Where. Earlier this month, it introduced a new ad product that allows people to make donations to political campaigns from within a mobile ad unit.

Political ad spending overall this year is expected to climb to more than $4 billion, up from $2.8 billion in 2007-2008, according to data cited by Where from S&P Capital IQ analysts.