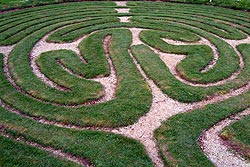 A shift by consumers to use multiple devices to research and make purchases continues to add complexity for advertisers and retailers who thought they understood the path to conversion for their product lines.

The shopping behavior continues to become disparate, according to an online study commissioned by Local and conducted by the e-tailing group. It explores consumer preferences and their research and purchase plans on mobile devices. The study analyzed responses from more than 1,000 consumers.

Initial findings reveal that two paths to purchase are rarely identical. Consumers seem to take a personal path to purchase using multiple devices, from PCs to smartphones to tablets. While PCs play an important role in the shopping process, a physical store is still important for 90% of shoppers, and 60% of respondents reported they have researched products and services several times monthly using a mobile device.

Sherry Thomas-Zon, vice president of Local, said cross-channel research and buying present opportunities for advertisers. "With all the interaction points that cross devices, you no longer have a clear sense of where the consumer is in the purchase funnel," she said. "You don't know the exact information they access on the devices, though we can make an inference."

While most consumers embrace mobile devices, they primarily use the devices as research tools, not for completing the transaction.

Some 47% of consumers confirm they use their smartphone to search for local information, such as information about a local store they want to visit. Prior to the visit, they use smartphones to conduct further research, including comparing prices, checking for sales, previewing products and reading reviews. Forty-six percent of consumers look up prices on a store's mobile site, and 42% check inventory prior to shopping in the store.

Some 36% of consumers said they bought more on a laptop or a desktop this year compared with last, followed by 20% on a mobile device, such as tablet and smartphone, and 14% in stores.