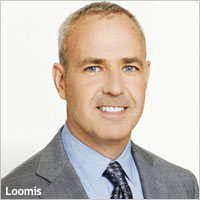 Loomis will have the title of senior vp and chief marketing officer of Disney Channels Worldwide. He was formerly senior vp of marketing and creative.

The new role expands his responsibilities, which included overseeing Disney Channel, Disney XD and Disney Junior channels brands around the world, as well as creative marketing support for the Disney Media sales and marketing team.

In addition to overseeing the channel marketing teams for each brand, Loomis manages the off-air design, marketing strategy and analytics and marketing operations functions.

He has been with Disney since 2007.  Before Disney, he had been senior vp of marketing and brand strategy for MTV Networks' Comedy Central from 2004 to 2006. He also spent seven years at Nickelodeon, most recently as vp of marketing and advertising.