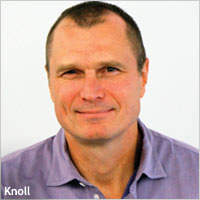 Paying for ad impressions that viewers can see on the screen without scrolling has become just as important as ensuring that branded ads aren't served next to inappropriate content.

AdSafe's technology serves more than 1 billion ads daily, but also blocks ads from serving up next to inappropriate content, according to Knoll. It also prevents an ad from showing up on the page even before the technology comes back with a bid.

Knoll said the company will invest funds to build out its data science team and technology. "Scaling the operation means expanding on places for the platform to bid on ad space, but then you lose control of where ads serve up."

Knoll said AdSafe also will work to improve "viewability," an initiative that is underway at the Interactive Advertising Bureau. Some 37% of ad impressions are counted, but don't serve up in view. The company will work on technology and metrics to determine success, as well as whether it makes sense to change the way that brands pay for impressions.