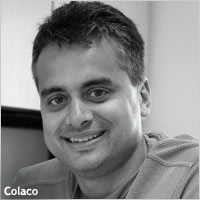 During its second annual upfront on Thursday, Hulu had a clear message for marketers: Overlook online video at your own risk.

“Online video is exploding,” said Jean-Paul (JP) Colaco, Hulu’s head of advertising. It’s a “tremendous time of transformation … and Hulu is the catalyst for that growth.”

In February alone, U.S. consumers watched 2.5 billion videos on Hulu -- which amounted to about 1,000 videos a second -- according to Colaco. Along with representing 20% of the overall online video marketplace, Hulu now claims a 40% share of the premium video market, he said.

The original Hulu service continues to ramp up users and content, while Hulu Plus -- the company’s U.S. subscription service -- surpassed 2 million paid subscribers in the first quarter of the year. "That represents an incredible opportunity for advertisers to reach consumers across a range of devices and platforms," Colaco said.

Along with appearances from Megan Hilty of NBC’s "Smash" and documentarian Morgan Spurlock, Hulu used this latest upfront to present a number of original projects, including “Battleground,” a drama with comedic moments set in the world of political campaigns, and Spurlock’s “A Day in The Life.”

Hulu also debuted several new products in development, including “Don’t Quit Your Daydream,” based on a documentary by Adrian Grenier that features a cast of famous musicians traveling across America in search of could-have-been musical artists, and “Flow,”  based on the life of a hardworking kid from the wrong side of the tracks who was framed for a crime he didn’t commit.

As for advertiser commitments, Colaco said it was too early to talk about any deals. “Advertisers are in the [upfront] mindset right now,” he said. “They’re allocating billions of dollars, and they should think about allocating a significant portion of their budgets to online video."

Following HBO and, more recently, Netflix, Hulu broke into original programming this past January. Soon after, the online TV service ordered “Battleground,” 10 new episodes of “A Day in the Life” and “Up to Speed” -- a six-part documentary from Richard Linklater, director of “The School of Rock” and “Before Sunset.”

Original content is seen as a way to complement Hulu’s ad-supported model. While Hulu Plus exceeded the company’s expectations in 2011 -- reaching a reported 1.5 million paying subscribers -- ad revenue was lower than estimated during the second half of the year. (Overall, Hulu said it had $420 million in revenue in 2011.)

Securing its status as a natural go-to for advertisers, Hulu just committed to only bill brands and agencies for ads that viewers watch in their entirety. The 100% completion rate commitment includes all ads sold by Hulu itself, and will apply to both Hulu and Hulu Plus. In beta for several months, Zenith Media, General Mills and Horizon Media helped Hulu test the new model.

More recently, Hulu introduced its ad swap product, which allows viewers to replace existing ads for those they feel are more relevant. Since the launch of ad swap, Hulu has seen over 9 million substitutions, according to Colaco.

The company also drew attention to Hulu Latino, which already has a dozen content partners, and Spanish-language shows, which it says consistently beat their English-language competitors in the ratings.