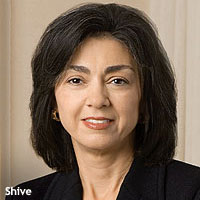 TV station group Belo Corp.'s first-quarter results inched up, due in part to higher automotive, retail and political advertising. The company, which has 20 stations, and nine in the top 25 markets, had revenue of $156 million -- 3% higher than the same period in 2011.

Total advertising revenue was up 2% and leaving out political ad, it gained 1%. Local spot advertising business picked up 4%,but national spot business declined 5%. Political advertising dramatically improved at $1.6 million, a $1.2 million gain over the first quarter 2011.

The big growth revenue areas at Belo: Internet and retransmission fees. Combined, the two were up 7% in revenues versus the year before. Slipping away was the long-time revenue source network compensation, which the TV group is no longer getting. The same trend has occurred at other TV stations. Belo got $1.7 million in the first quarter 2011 from network compensation.

With the expense of "The Oprah Winfrey Show" gone in syndication, overall station programming costs were down 10% or $4.9 million, compared with the first quarter 2011.

In a release, Dunia Shive, president and CEO of Belo Corp, stated more improvements are anticipated in the second quarter, expected total revenue: "to be up around 3% to 4%, including an estimated $4 to $5 million in political revenue."