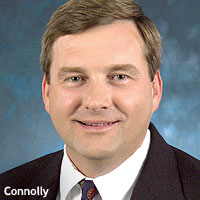 Media Storm, an independent media shop with offices in Norwalk, Conn., New York and Los Angeles, has appointed Frank Connolly as the firm’s first CFO. Connolly will also hold the title of executive director. He will report to agency co-founder and managing partner Tim Williams.

The agency said it was making the hire because of its rapid growth over the past couple of years. The company does not disclose billings, but they were believed to be in the $500 million range at the end of 2011.

The company said that Connolly would help manage the firm’s growth and "operational efficiencies" and assist in developing strategic planning. “In the long-term, he will focus on navigating the agency as we prepare for more expansion as well as potential acquisitions,” Williams said.

Connolly is a 30-year veteran of the media and marketing sectors. Prior to joining Media Storm, Connolly spent five years as managing director at AdMedia Partners, an independent M&A advisory firm.

The company has hired several other well-known senior agency executives recently, including Dene Callas, the former CEO of WPP’s MediaCom, as managing director of operations and development.

The firm also hired veteran agency research executive Judy Vogel as managing director, insights and analytics. Previously, she led research efforts at both PHD and OMD, and before that BBDO.