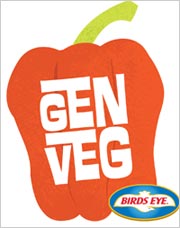 Birds Eye has become the first at-home food producer to join the Partnership for a Healthier America (PHA), the nonprofit that works with the private sector to end the childhood obesity crisis.

The country’s leading vegetable company has made a minimum $6-million, multi-pronged, three-year commitment to increasing kids’ vegetable consumption by engaging them through kid-friendly marketing, using their input to create new vegetable products, and making its products more affordable for parents through a massive coupon program.

Specifically, Bird’s Eye has committed to investing at least $2 million per year in calendar years 2012, 1013 and 2014 for the initiatives. The “GenVeg” consumer marketing campaign, designed to speak directly to kids in “their voices” and “empower them” to in turn get the message out to their peers -- will this year appear on Nickelodeon, with focus on the network’s “iCarly” live-action series, according to Birds Eye.

Other media channels for the GenVeg campaign will include other television outlets, radio, social media and other digital, print, in-store and retailer-specific campaigns.

The marketing initiative also will feature “one of America’s most well-known young stars,” reports Birds Eye, which has not yet revealed that star’s identity.

At least one-third of the GenVeg television messages will reach women age 26 to 54 with children between ages six and 11 and household income of $30,000 or less. 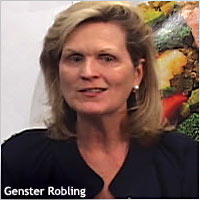 Of course, as Robling freely acknowledges, getting the young to incorporate more vegetables in their diets would be in Birds Eye’s self-interest, as well as a contribution to stemming childhood obesity.

(According to a just-released study from the Centers for Disease Control, 12.5 million, or 16.9% of all U.S. children and adolescents, are obese -– and if current patterns continue, 42% of Americans of all ages will be obese by 2030.)

Birds Eye also has committed to investing in product innovation to bring at least two “kid-inspired” vegetable products to market during the three-year period.

“We believe that kids are going to be excited by being asked to partner with us in this way,” says Robling, who explains that kids will be asked to think about fresh vegetables in frozen form and asked to help Birds Eye create veggie products “just for kids.”

Birds Eye will introduce the new products, which will meet 2010 U.S. Dietary Guidelines, in at least 20,000 retailers nationwide. In addition, the company’s $6 million investment will include distributing at least 50 million coupons tied to the GenVeg campaign, to offer price reductions of at least 50% off. The coupons must also promote products that meet the Dietary Guidelines.

First Lady Michelle Obama, honorary chair of PHA (which was founded in conjunction with her “Let’s Move!” initiative, but operates independently), made a statement praising Birds Eye’s initiative as part of the news announcement.

"Helping parents afford to put vegetables on the plate and helping kids get excited about eating them are vital components of making our nation healthier,” the First Lady said. “I'm proud that Birds Eye and the Partnership for a Healthier America have come together to make the healthy choice the easy choice for families and I hope more companies step up to help our kids grow up healthy and strong."

“Most people know what they need to do to eat healthier -- the challenge comes in lowering the cost, making healthier options more accessible and, maybe most important, getting our kids to actually want to eat their veggies,” added PHA president/CEO Larry Soler. “Birds Eye understands that talking to kids differently about eating their vegetables is an important part of helping to change their eating habits. Their commitment embodies the PHA’s goal to help make the healthy choice the easy choice -- not just by reducing barriers like cost and time, but also by focusing on something we sometimes overlook: taste.”

PHA’s current 18 corporate partners (as listed on its site) include Darden (parent of restaurant chains including Bahama Breeze, LongHorn Steakhouse and Red Lobster), as well as food retailers Wal-Mart, Supervalu, Brown’s Super Stores, The Fresh Grocer and Walgreens. Birds Eye is the first food CPG to join the roster.

All companies that partner with PHA are required to agree that PHA will monitor and report on progress toward their commitments. Birds Eye has agreed to work with an independent verifier to report the progress of its commitment for PHA’s annual report, according to the company.