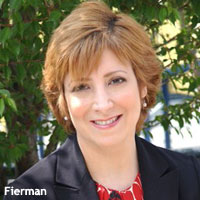 In her new role Fierman is responsible for leading and integrating the shop’s marketing and communications efforts worldwide. She will be based in New York with a dual reporting line to both Global CEO Stephen Allan and U.S. CEO Sasha Savic. The agency indicated that initially she’ll focus particularly on U.S. marketing efforts.

In recent months, the agency has added more than $500 million in new business assignments in the U.S., including the Bayer and consolidated Revlon accounts. It also added digital duties to its Subway media AOR assignment.

Fierman has over two decades of experience as a brand marketing strategist, including senior positions at Citigroup, JPMorgan Chase and Time Warner.

Earlier, Fierman was founding CMO and general manager of New York operations for digital payments company Revolution Money. The firm was purchased by American Express in 2010 for approximately $300 million.