Not Pull, Not Push. Plush 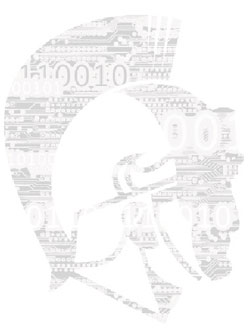 Consumers are longing for fewer digital choices that do more

On my way to Las Vegas and thinking about media and how technology has changed it utterly and forever.

In the beginning, it was all so easy. The newspaper was on the stoop. You read it. There were a couple of radio stations you could listen to on the way in to work. So you did. When you got home, there were three stations to choose from to watch the news. You picked one. After doing the dishes, there were the same three or four stations you’d watch until bedtime.

The Dawn of Pull

Enter content emancipation. Now you could exercise some choice. If you couldn’t watch your favorite show at 8 p.m., you could TiVo it and watch it at your leisure. Soon you could watch it on your iPad or laptop, courtesy of Hulu. You were large and in charge.

Social media further expanded this power. You could choose who to engage with and who could engage with you. It was the high-school lunch table gone digital. In terms of music, you became the DJ. You listened to what you wanted when you wanted — usually in the private Idaho of headphones.

Then you went off to college, shot out of a cannon. You started signing up for and trying everything (maybe I’m projecting). You followed thousands and were followed by dozens. Your newsfeed pinged you every seven seconds with one thing or another. You were so in and of the NOW.

The Dusk of Push

Fast forward. It’s 2012, and you’re choking on all your choice. You certainly don’t want to go back to the bad old days of being “talked at,” but surely there’s some compromise, some détente between Push and Pull. Your inbox is stuffed. You get texts from companies you’ve never heard of. You have five music services that you rifle through daily forgetting where your favorite playlist was hatched. Your iPad has eight pages of apps — two dedicated to social media “simplifiers.” A recent study (published on Mashable) indicates that content overload and too much access to too much information is actually depressing us and making us less effective than we were in the Luddite days of mass media.

So you begin dropping out. Every third email you mark “spam.” You delete apps with reckless abandon and considerable joy. You yearn to live life as a digital Spartan. You’re tired of Search, tired of being sought.

The Rise of “Plush”

There is a porridge that’s just right. There’s a place between state-controlled and anarchy. New curation services are killing off the first-gen open spigots in favor of Intelligent Design of information flow. Facebook’s acquisition of Instagram is just another example of fewer trusted resources doing more. Spotify is adding more “stations,” so you don’t have to do all the programming. Google has got its arms around all the information in the known world and has organized it so you can access it (whether or not you know how to spell or type) effortlessly.

Next it will begin to parse it out to you before you know you need it in digestible nuggets that won’t give you heartburn. Sit back. Relax.

Technology is not all good. Media is not all evil. Like most of us, both are basically good — with a little devil in them.

Patrick Reynolds is executive vice president of marketing for Triton Digital Media, and lives in Boston.