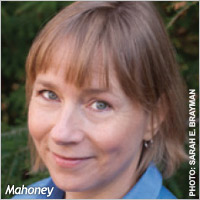 There’s no longer any way to deny that while there are no new rules, the old ones don’t apply.

As I sat down to write this — just a few paragraphs summing up an issue we’ve devoted to digital transformation of mainstream marketing — I got an email that caught me off guard. By 2015, the forecaster said, 208 million of us will be using “phablets,” a cross between a smartphone and a tablet.

I had to laugh, and not just because it’s a dumb word. (Sorry, Samsung.) Or because of the visual — hundreds of millions of us yapping on what is essentially an enormous and clunky cell phone. Or even the realization that size doesn’t matter, because — if the teens in my world are any indication — no one will even want to talk on the phone by 2015.

It’s because marketers are already bemoaning how far behind the curve they are on both mobile-phone marketing and tablets (see Gianna Palmer’s story on p. 48). How the heck will they ever get on board the phablet train?

Welcome to the radical digital transformation of marketing: As soon as marketers get the hang of an emerging platform, it morphs, evolves or entirely changes its stripes, becoming more or less relevant to consumers in unpredictable ways. And of course that’s been true, to a degree, ever since the digital revolution began back in the 1990s. What’s new is that we seem to have finally reached the tipping point: There’s no longer any way to deny that while there are no new rules, the old ones don’t apply.

So they lumber along, not fully committing to uncertain digital avenues. “It’s like paying $9 a gallon at the last gas station before Death Valley,” observes MediaPost editor-at-large Bob Garfield, on page 54. “You know you’re getting gouged, but … what are your options?”

Of course, there are options. Plenty of them. They’re just hard to measure, and thus hard to justify. Read John Capone’s riveting take on the puzzle that is Pinterest, on page 24. And they also have a maddening way of backfiring, even on smart marketers. See Gavin O’Malley’s thoughtful piece on p. 20, about how social media has bitten brands like McDonald’s.

Some brands are far more nimble in these uncertain times than others, as Doug Quenqua writes on p. 10, and plan campaigns that seamlessly cross platforms.

Amid all this rapid change, both in the technology consumers are clamoring for and the inventive ways marketers are finding to be part of it all, we got hit on the head with a countertrend: Turns out that just as execs are catching on this digital sea change, consumers are over it. In a commencement address at Boston University last month, Google exec Eric Schmidt preached to the Gen Y choir, telling young graduates to step back from all that connectivity for an hour a day. “Life is not a series of status updates,” he said, recognizing that the tens of millions of people Facebooking their way through life might actually prefer to live it.

What he’s hit on is a growing contempt for having to be connected, and an increasing desire to use those connections the way we want, not be tyrannized and/or irritated. (That can’t be good news for Mr. and Ms. Display Advertiser, can it?)

Patrick Reynolds echoes that sentiment in his op-ed on marketing that neither pushes nor pulls. “You yearn to live life as a digital Spartan,” he writes. “You’re tired of search, tired of being sought.”

And on page 70, writer Karl Greenberg coaxes some bombshells from EuroRSCG’s Tom Morton, with research unveiling some intensely anti-tech sentiments. Of a large worldwide sample, 40 percent of young people feel, at least sometimes, that thanks to all the connectivity, they are “wasting their lives.”

We’d love to hear what you think about this debate. Email me at sarah@mediapost.com.