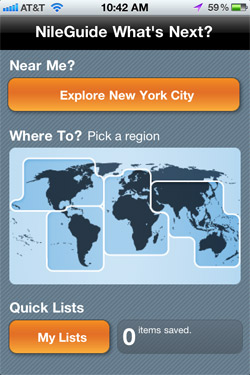 Travora Media, which operates a vertical network of more than 300 travel lifestyle sites, is extending it business model beyond the desktop with the launch of a new mobile-focused ad network.

That includes content from travel publishers such as Flight View, My Weather, Guide Pal, Trazzler, Let’s Go, and Matador Network.

Given the natural link between mobile technology and travel, Alec Tallman, VP, integrated marketing at Travora, said setting up a mobile network was a logic step for the company.

“There’s a frenzy of activity that happens right around a couple of key points in a travel lifecycle -- booking, pre-trip, and all the activity that switches to a mobile device while people are in-trip,” Tallman said.

Based on the limited mobile advertising Travora has run so far, he said the company is seeing higher engagement levels with mobile ads than those on the desktop. Vacation rental service HomeAway and Cathay Pacific Airways are among the travel marketers already running campaigns on the mobile side.

Travora is selling mobile advertising on a CPM basis, but Tallman declined to provide rates. The company’s existing ad sales staff will take on selling mobile along with the network’s desktop inventory. It has also brought on mobile ad expertise via employees coming from some of the publishers in its network.

Travora’s online network, which reaches 26 million monthly visitors, includes both owned-and-operated properties like the NileGuide, 10Best, and Localyte, as well as independent sites and apps. In terms of its mobile growth, the company says it has a goal of reaching 1 billion monthly page views.