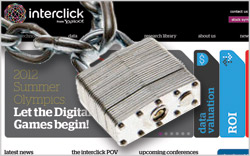 The dismissal order, signed on Thursday by U.S. District Court Judge Deborah Batts in New York, states that all parties agreed to the withdrawal. Other terms, including whether any money changed hands, weren't revealed. Interclick didn't admit wrongdoing in the case.

The dismissal marks the end of a lawsuit filed by New York resident Sonal Bose in December 2010. Bose alleged in a potential class-action lawsuit that Interclick figured out which sites she had previously visited by engaging in history-sniffing -- which involves exploiting a vulnerability in browsers to discover which sites users previously clicked on.

Her lawsuit came shortly after researchers from the University of California, San Diego, published a paper explaining the technique and naming 46 Web sites where history-sniffing technology was being deployed. In at least some cases, Interclick reportedly used the technology without the publishers' knowledge.

Last August, Batts dismissed claims against those advertisers. The judge ruled that Bose's allegations against them were too speculative to proceed. Batts also narrowed the case against Interclick, but allowed Bose to proceed with allegations that the company violated a New York consumer protection law regarding deceptive business practices.

Later that year, Yahoo agreed to purchase Interclick for $270 million.

Bose's lawyer, Scott Kamber, declined to comment on the lawsuit's withdrawal. A lawyer for Interclick hasn't yet responded to Online Media Daily's request for comment.