A Glimpse Into The Future Of Online Advertising 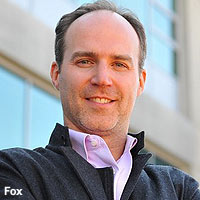 Google Glasses makes everything in view a potential ad on social sites and search engines, and broad-based ad exchanges like Google, Microsoft, Yahoo and Facebook will acquire those focused on specific vertical marketers.

At the OMMA RTB conference in Los Angeles Thursday, Ben Fox, EVP at Adconion Media Group, spoke about some of the changes marketers will endure during the coming year in search, display and social ad markets.

Fox said these companies acting as ad exchanges will follow steps taken by the search and the display industries, becoming leaders based on their depth and centralized inventory. "Dark horses" also will emerge from the woodwork as ad exchanges, such as Apple, Amazon, IBM, Oracle and Salesforce, as well as WPP and Omnicom.

Point-of-sales (PoS) systems will feed off the shelf sales and retail date into the ad exchange to serve up location-based ads on mobile and desktop, Fox said.

Rajaram explains how Facebook's mission isn't to embed "commercial messages into social discussions, but to amplify the messages that are already there." Unlike driving immediate purchases, similar to Google, Facebook wants to sit in the middle of the purchase funnel, influencing buying decisions down the road.

Maybe the industry should dub Facebook ads the billboard of online marketing. They arrive after the awareness stage, providing the push as we consider making the purchase.

Search marketers are familiar with the purchase funnel where display ads sit at the top, catching the attention of the consumer using the Internet, and paid-search ads at the bottom just prior to making a purchase, signing up for a newsletter or downloading content.

During Facebook's earnings call Thursday, the company's COO Sheryl K. Sandberg said "we're not TV, we're not search -- we are a third medium," which presents challenges. She explained how the correct ad on TV or search becomes the wrong ad for Facebook.

There's also a measurement challenge because the Facebook ad doesn’t necessarily cause the person to click on it, but rather search for it later and then buy the product online or in the store.