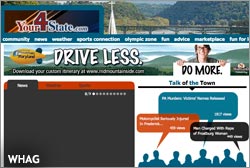 Nexstar has received a waiver from the FCC that allows one of its stations to avoid making political ad-spending information available online starting Thursday.

The FCC agreed with Nexstar’s plea that while a Maryland station it owns is considered part of the Washington market, the NBC affiliate should be considered a small-market station for purposes of a new FCC rule.

The waiver exempts WHAG of Hagerstown, Maryland until 2014.

The rule requires stations affiliated with the Big Four networks in the country’s top-50 markets to make their political files accessible online at the FCC Web site.

The new rule, adopted in April and opposed by broadcasters, is designed to allow easier access to information on time bought and prices paid for political ads. The political files previously were accessible via visits to stations.

The FCC wrote in its decision on the WHAG matter the “transparency would enable the electorate to make informed decisions and hold elected officials accountable.

Stations might oppose the new rule, believing that online access will allow commercial advertisers rapid access to ad-pricing details that could give them some negotiating leverage.

The new rule, which goes into effect Thursday, exempts stations not affiliated with the Big Four networks and those outside the top-50 markets from the disclosure requirement until July 1, 2014. That’s when WHAG will join the stations moving online with files.

The FCC has offered the exemptions because small-market stations presumably have lesser resources, while the large-market stations in combination will give the public access to station information “garnering the vast majority of political advertising time and money.”

In WHAG’s case, the Washington DMA is the country’s eighth-largest. WHAG filed its waiver request July 17, arguing that NBCUniversal-owned WRC is the primary NBC outlet in the Washington market and the stations reach different turf.