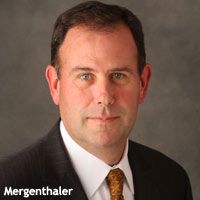 The Interpublic Group of Companies is hosting an awards program in New York City today to honor agencies and people within its organization that have made standout efforts on the diversity front.

The event comes after several months of reports detailing Adland’s continuing struggle to make progress in diversity. IPG is a defendant in a discrimination law suit filed this spring by longtime legal staff employee Joy Noel. In May, the company petitioned the U.S. District Court in Manhattan to dismiss the suit. The judge overseeing the case has not yet issued a decision.

The IPG event is sponsored by an internal company unit known as MERGE (Multicultural Employee Resource Groups For Excellence), which has tapped actor/comedian Robert Townsend to be Master of Ceremonies.

Company CFO Frank Mergenthaler is the designated host and “executive sponsor’ of the awards program. IPG CEO Michael Roth is not attending because he is traveling, a rep confirmed.

But Roth stated: “Our employees and our agencies -– like those being recognized today -– are at the heart of our mission to be among the world’s most diverse and inclusive companies.”

Among those being honored with what the company has dubbed the IPG Inclusion Awards is Keisha Vaughn, chief diversity officer Draftfcb, who is receiving the Chief Diversity Officer/Human Resources Leader of the Year Award. Another recipient is Dana Commandatore, executive vice president, director of print services, Deutsch Los Angeles, who is receiving the Individual Champion of Inclusion Award.

Other agencies within IPG are also being honored for their efforts.