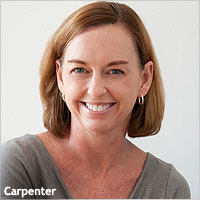 Carpenter will oversee an operation with 175 staffers that manage a number of big Mindshare accounts, including Kimberly-Clark, Abbott, BP, Motorola, and the recently won Smithfield Foods assignment.

Carpenter succeeds Dan Reaume, who has been promoted to global client leader at the agency. He will oversee Kimberly-Clark and other Mindshare multinational clients. Both Carpenter and Reaume, who remains Chicago-based, will report to Mindshare North America CEO Antony Young.

Most recently, Carpenter was executive vice president and managing director of Halogen Response Media, SMG’s direct marketing arm.  Prior to that, she was EVP, Starcom USA, where she oversaw accounts such as Hallmark, Nintendo, Walgreens and Sara Lee.

Earlier, Carpenter was part of the senior management team that ran the General Motors media planning and buying account, including a stint as COO of GM Planworks from 2001 to 2005. She then shifted to the role of head of strategy and operations on the GM account from 2006 to 2009.

“As our Chicago office expands, it is imperative that we have a leader with deep experience in agency management, communications planning and performance marketing at the helm.” stated Young.  Carpenter fills the bill, he added, as a “leader with vision.”

The move is the second management reshuffling at a major agency’s Chicago office this week. On Wednesday, Havas’ MPG Chicago leader Lori Hiltz was promoted to CEO of both MPG North America and Havas Media North America. The search is underway for a replacement for Hiltz, who is relocating to New York.