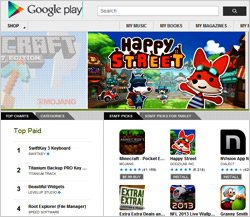 Smartphone users don’t really need a new iPhone release as an excuse to download ever more apps. This market has a momentum all its own, according to the latest market read and projection from Gartner. The research firm finds that over 45 billion apps will be downloaded worldwide by the end of this year, but that number will skyrocket to 309 billion in 2016. Free is one of the keys to growth. About 89% of the apps now being downloaded have no immediate price tag attached to them. But the share of free will increase to 93% by 2016.

The in-app purchase model will explode in coming years. While Gartner estimates that the number of downloads featuring in-app purchasing was only 5% in 2011, as app stores only started supporting the freemium model, they will account for 30% of downloads by 2016. Upselling content and features within an app will be responsible for 41% of app revenue by then.

Apple continues to dominate app market share with 21 billion downloads in 2012, up 74% from 2011. But the emergence of multiple app marketplaces is helping to expand the market. Platform owners, device makers and other third parties are getting into the app distribution business. Gartner cites the rising importance of both Facebook and Amazon in the app economy. But in emerging markets like China especially, third-party Android stores are becoming very popular.

Apple App Store, Google Play and perhaps Microsoft’s app market will continue to rule the app economy, Gartner contends, but points of distribution will expand. For marketers, of course, that means distribution strategies will become more complex but the opportunity for partnerships and creative promotion will increase.

While Google Play continues to shake off the legacy of its geeky beginnings, the marketplace is much improved, especially on devices. Google has become much more effective in pushing its tablet-friendly apps to me on its Nexus 7, for instance. The stores are very effectively tracking which of my devices, phone, tablet and even Google TV, are connected and which apps apply where.

Amazon is leveraging its recommendation engine and cross-platform experience very well. I get app recommendations in my normal stream of product suggestions from them across all platforms. Even Facebook is neatly integrating into its app menus the iOS and Android apps that are linked to the social network. The days of publishing an app and merely hoping the inscrutable editors at iTunes will take notice and feature you on the marquee are over.