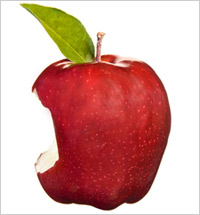 A letter posted on Apple's home page to customers from Tim Cook regarding the company's new maps serves up a dose of humility. The Apple CEO apologizes for any frustration caused to customers when using iOS 6 Maps. He explains Apple's decision to create Maps from the ground up, but never addresses why. Could recommendations from Cook to try Bing, as well as other maps products, change the dynamics of Web advertising?

While there are more than 100 million iOS devices using the new Apple Maps, Cook wrote that Apple was "extremely sorry for the frustration this has caused our customers and we are doing everything we can to make Maps better." He even went as far as suggesting that consumers try an alternative Maps app by downloading it from the App Store.

Cook's first suggestion on the list -- Bing -- is followed by MapQuest and Waze, as well as Google or Nokia maps, by going to their Web sites and creating an icon on your home screen to their Web app. What would closer ties between Apple and Bing bring advertisers?

Apple doesn't need to sell advertising associated with maps, unlike Google, which links search ads. It just needs to provide a good service, according to Andrew Shotland, founder of Local SEO Guide, and AppleMapsMarketing.com, which launches Monday. He calls it a temporary glitch. On the other hand, Cook's letter could prompt more people to try out Bing after recommendations to download another maps app. "Who knows -- maybe Bing becomes the map app for Apple," he said. "In the long run, I think it will become an Apple maps and Google maps kind of world."

The competition between Apple and Google presents some fascinating dynamics, according to George Michie, CEO at  Rimm-Kaufman Group. "Apple has always focused on user experience and until now used Google search and maps as defaults as a result. Shunning Google in favor of Bing for maps could absolutely shift some advertising revenue into Bing's column, but if the bulk of Apple users still use Google for search -- and they do -- the map functionality by itself may not get Bing much."

Michie said if positive experiences with Bing's maps app lead people to give the Bing search engine another try, well, that's a different story -- but habits are difficult to change. Bing has yet to give users a compelling reason to switch. Not because they lack a very good product, but simply because Google's product provides results that are at least as good.

Google sites took 66.4% market share for U.S. explicit core searches in August, followed by Microsoft sites with 15.9% and Yahoo sites with 12.8%, according to comScore. Could Cook's recommendation change the dynamics?

Janel Laravie, founder of Chacka Marketing, believes closer ties between Bing and Apple could become a reality because each brings a different strength that would help to compensate for their own weaknesses. She said Apple brings innovation, whereas Bing brings much-needed advertising and social experience, areas that Apple has yet to conquer successfully and at scale. Plus, in the world of operating systems, a Bing and Apple collaboration could create the ultimate product with combined reach that could monopolize things very quickly.

Meanwhile, Google created a new mobile app giving people unprompted facts about the places around them. Field Trip, the app, serves up historical trivia about a park, reviews of a nearby restaurant, and more. It gives Google one more way to capture search market share.