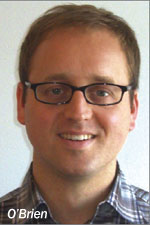 Cars have long been an important locus of media consumption in the U.S. In fact, automobile transportation and mass media developed in tandem — commuting behavior birthed drive-time radio, and interstate highways fueled the growth of the billboard industry. The ways in which mass media
reach people while in cars is iconographic and integral to the automotive experience.

After Chevrolet installed the first car radio in the early 1920s, it took over a decade for the device to become standard in new vehicles. Similarly, today’s in-car environment has remained relatively insulated from the recent disruptions of digital media.

But with mobile devices now fixtures of daily life, people have new expectations of how to consume media while on the move. In response, automakers have developed media platforms that turn cars into connected devices, running applications and communicating with the cloud under the control of vocal and tactile interfaces that minimize driver distraction. Many such platforms — like Toyota’s Entune and Ford’s SYNC — rely upon the smartphone to connect to wireless networks.

The advent of these platforms constitutes a broadening of personal media: interactive channels connecting people to content they choose, their experience participatory and differentiated, defined by specific interests and context. What excites automakers, software developers, and navigation services alike is the value that can be created by transforming how people consume content and make decisions while on the road. This particular brand of “digital disruption” will leave people more empowered as travelers and content consumers, but will also make it more complex for marketers to communicate with them and will impact both content and advertising businesses.

Streaming audio services already offer listeners a far more differentiated experience than traditional radio. Broadcast audio won’t disappear from the car of tomorrow, but it will compete for audience share. Pluralism will be the order of the day: from conventional programming to a host of curated
approaches; and from advertising- and sponsor-supported models to different types of direct and indirect funding by users. Digital audio will allow marketers to assemble audiences based upon personal attributes or other information people have volunteered rather than proxies like listening preferences.

Passengers, less constrained than drivers in their ability to consume media, will continue to use their own devices to read, watch video, browse the Web and communicate with others – just as in non-car environments. More intriguing is the possibility that cars might someday mediate their perception of the outside world. Design studies from Toyota and GM, for instance, have proposed transforming rear-seat windows into interactive displays that layer games and other content over the passing landscape in the same way that navigational prompts are sometimes displayed on car windshields – ideas which resonate with others that aim to augment reality.

A leitmotif found in the convergence of social, local, and mobile is that personal media changes the way people learn about the world around them, allowing them to retrieve and interact with information pertinent to their present interests, needs and context. As media platforms in cars evolve to better serve this purpose, people will be further empowered to make decisions based upon information they seek out, making the car an even more potent tool of personal agency.

Audio and sign-based broadcast advertising is certain to remain an important means of reaching people on the road, but such messages will both compete with and complement new channels. Savvy marketers will need to align their use of broadcast and personal media to exploit not only the strengths of each,
but their interaction. Employing broadcast media to facilitate access to appropriate content through digital platforms will become an important dimension of marketing to people on the road.

The future will not see the automobile’s longstanding importance to media consumption wane, but this importance will hinge on personal media that empower people to seek information and that challenge marketers to adapt accordingly. Should automation of personal vehicles render drivers into passengers, or should ideas like car-sharing alter precepts of vehicle ownership and behavior, we might anticipate even more radical changes to how people consume media while on the road.