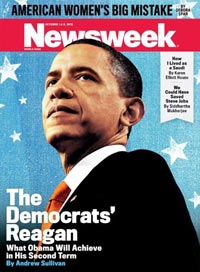 After nearly eight decades in print, Newsweek will close its print edition, according to editor Tina Brown and president Baba Shetty, who announced the news in a memo to staff this morning.

The iconic newsweekly will publish its last print edition in December, leaving the Newsweek Web site and its sister site The Daily Beast, as well as digital editions published for e-readers, tablets and smartphones. The digital versions will be unified in a single product known as Newsweek Global.

According to the memo, Newsweek Global “will be a single, worldwide edition targeted at a highly mobile, opinion-leading audience who want to learn about world events in a sophisticated context.” Brown and Shetty also said there will be layoffs in addition to the print closure, affecting both business and editorial operations.

The move comes not long after the Harman family revealed it will no longer contribute financially to the upkeep of the Newsweek-Daily Beast. Stereo magnate Sidney Harman acquired Newsweek from the Washington Post Co. in August 2010. Harman passed away in July 2011 at the age of 92. The family said it would stop subsidizing Newsweek this past summer.

The Harman family’s decision to pull out left IAC chairman and CEO Barry Diller in charge of the ailing company, which is said to be losing about $20 million a year. Diller hinted in July that Newsweek might cease its print edition: “Our investment next year is going to be significantly less than it is this year.”

Newsweeklies have suffered even more than other consumer magazine categories as a result of competition from the Internet, with advertisers following readers who have migrated from print to online news sources. From 2001-2012, Newsweek’s paid circulation halved, plunging from 3,158,480 to 1,527,157, according to the Audit Bureau of Circulations, while ad pages tumbled from 2,088 in 2003 to 745 in 2011, per the Publishers Information Bureau, for a 64% decline in eight years.