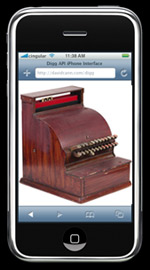 Strap yourselves in, boys and girls -- the m-payment rocket is about to ignite. So say eMarketer analysts in their latest projections of growth in using mobile phones as a personal point-of-sale at retail. They are expecting “proximity payments” (using phones as a payment method at POS) to reach $640 million this year -- small, but still reflecting a growth of 283% over last year. That rate of expansion will continue next year, but now off a much larger base, so mobile POS will be worth $2.12 billion in 2013.

For the most part these first stages of proximity payments are experimental for many early-adopting and curious consumers, eMarketer contends. They will be making low-value purchases, and not likely in any systematic or regular way. This year they estimate only about 7.9 million of us will have tried the method of payment for ourselves.

But wait until we hit 2014, when people start feeling more comfortable with paying for real-world goods with their phones and see a trustworthy and large infrastructure in place to support it. In 2013, we may see the market grow yet another 254%, now bringing revenue to 7.51 billion.

eMarketer says that the tipping point will come when consumers begin using the method of payment for routine and larger items like groceries, gas and dining. In its brief, the company says it “views this type of habitual consumption as crucial for moving mobile payments into the mainstream.”

From there, of course, it is hard to estimate exactly how big proximity payment might go if people really are replacing their credit cards with mobile device payment methods. eMarketer sees the market growing to $24.43 billion in sales in 2015, still reflecting blistering 228% growth. And by 2016, even as the growth curve eases slightly to 153%, the base will be so large by then that total sales will be $62.24 billion. But even at that point, eMarketer is modeling the share of smartphone users employing proximity payments at only 26%.

This growth is contingent on a number of factors: greater ease of use and proliferation of acceptance among merchants, of course. But the industry will also need to provide some compelling added value for POS payment by phone for consumers to see this as any great leap beyond swiping a debit card.

eMarketer points out that it has built into its model the expected emergence of NFC “contactless” methods of payment, but that other types of POS payment are also involved. It is unclear to me how much of a driver NFC really is to mobile payments. After years of promise, these systems remain in their infancy and test phase. I really wonder whether many consumers will see that much of a difference between the alternative systemts that have arisen in advance of NFC-powered payments. Google Wallet and its few supported handsets have struggled for adoption. The rival ISIS consortium of carriers, credit card companies, OEMs and banks are only now starting a test of their NFC-based payment system. Meanwhile, companies like Intuit, Square, PayPal and others have established various ways of using smartphones to make or receive payment.

As eMarketer analysts point out, there is a real risk of clutter. Both consumers and merchants will have no clear market leader or standard to adopt for quite some while, precisely because these stakes are so high that no one is going to cede ground easily.