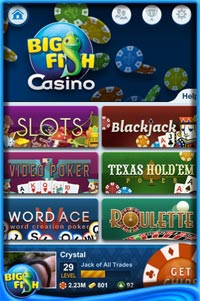 The days of those sneaky monthly incremental app charges from carriers are long behind us. Old-timers may recall how just about any downloadable weather, game or news program to a feature phone exacted a $3 to $5 monthly fee tacked onto the blossoming monthly cell phone bill. Back in the day when network operators toyed with the idea that they might become media distribution companies, this was the way they pitched the nascent platform to big brands.

Unlike the free-for-all Web, mobile customers are used to paying for content. And they have a micro-transaction payment system built into their phones -- the monthly bill. And the dirty little secret of this plan was that almost everyone seemed to rely on wireless customers forgetting they even had these little widgets on their phones, so they just let the monthly charges ride long after they atopped using the app itself.

The reality of the app ecosystem as it has evolved is something a bit more consumer-friendly. Apps make money the old-fashioned way -- they earn it. According to App Annie Intelligence, which tracks over 700,000 mobile programs, the freemium model of free access followed by incremental upgrade fees has become the coin of the realm.

In its most recent analysis, the worldwide revenues from freemium have grown 4x in the iOS operating system and 3.5x in Google Play in the last two years. Currently, 69% of app revenue on Apple devices is being generated by free apps that upsell fee-based add-ons or access. For Google’s Android devices that share is even higher, at 75%.

The freemium model has fully eclipsed the initial flat-fee model upon which most developers relied in the first years of the app economy in 2008-2010. In fact, App Annie shows that straight “premium” revenue growth has remained fairly static over the past two years.

Needless to say, any content model that allows for incremental purchasing of additional material is fertile ground for marketers. If app users are ready to spend a buck or two for that next level of game play or in unlocking the full feature set of an app they have already embraced, then the consumer is herself declaring what is of value to her. This is a system that appears to be tailor-made for sponsorship, where there is less guesswork about what constitutes a fair exchange of value with the user.

We already see rewards-based programs from the likes of AdColony, Kiip, and most recently, Zynga.  Sponsoring user access to more of what they already declared a desire to have seems to be a no-brainer, and precisely the kind of marketing model that the app ecosystem allows.

Despite the obvious vagaries and frustrations of the app marketing and distribution economy, there is a market purity to the freemium model that one imagines (hopes) has a positive effect on creativity. Consider how touch-based gaming has energized an otherwise calcifying console game environment. The price of development has been skyrocketing for a decade, pressing the industry to get safe and rely on franchises and familiar gameplay. The kinds of innovation that an old shareware economy once bred seemed to be gone.

Smartphone gaming brought not only touch mechanics to the field, but also a model that encouraged innovations that floated above the noise. The app environment did not invent freemium, but it helped streamline the model in ways that did what a healthy market should do -- spark creativity through competition and just reward.