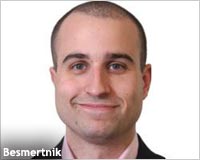 Content for social media and landing pages continues to increase the importance of optimizing sites. About half the traffic that comes to any Web site is from organic search results via global search engines, which is about four times that of social sites, according to Seth Besmertnik, CEO and co-founder of Conductor.

"It also converts two times paid as much as paid-search traffic, and four times as much as social," he said.

Besmertnik said that's one reason why venture capitalists have begun to pay more attention to companies supporting SEO services. He touts the funding as the single largest investment in a search engine optimization (SEO) technology company since SEOmoz secured $18 million earlier this year from Foundry Group, and Ignition Partners.

Search on "SEO" in LinkedIn to find about 647,279 descriptions with the acronym in profiles, which Besmertnik said rose from 250,000 in the past 12 months. "It means investments are being made in the category," he said.

Forrester Research forecasts the U.S. SEO technology market to reach $643 million by 2016, up from $211 million in 2012. The U.S. Interactive Marketing Forecast, 2011 to 2016, updated by the research firm in September, suggests that 40% of survey experts plan to increase investment during the next three years, compared with the 54% that said it will stay the same, and 4% said it would decrease.

Searches share will continue as the largest piece of pie in the interactive media, but it will shrink slightly. Interactive online marketing will take more than $33 billion during the next five years, but search will lose share from 55% today to 44% of all interactive spend in 2016. Marketers will refocus their search marketing strategies on what Forrester calls "getting found" through a variety of media, not just engines.

"Getting found" means companies will need to take a closer look at site search, such as Amazon, and app search, such as Yahoo's downloadable mobile search browser, Axis.

Conductor will use the funding to invest in product development and step-up its international footprint to support clients such as FedEx, BestBuy, Siemens and General Electric.