9.4 Billion Video Ads Viewed in September, More than One-Third Higher Than Year Ago 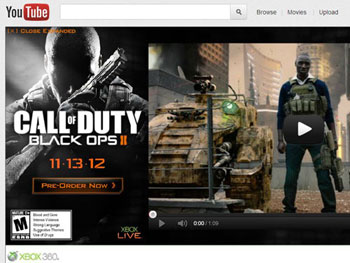 The number of online video ads viewed in September held steady from the prior month at about 9.4 billion. That’s a small, but promising sign, for the online video business because, despite the regular prognostications of video ad spending growth, the number of ads actually viewed has been on a downward slide since June, according to comScore’s monthly figures.

However, YouTube saw its market share for videos viewed decline with 13.1 billion videos viewed in September, down from 18.6 billion a year ago. Don’t cry for YouTube though. Despite that dip in market share, YouTube remained steady in ads served with nearly 1.8 billion, about the same as in August, and a rise from July and June, suggesting the biggest video site is still on track to grow ad revenue.

hulu, pre-roll, video, youtube
1 comment about "9.4 Billion Video Ads Viewed in September, More than One-Third Higher Than Year Ago ".
Check to receive email when comments are posted.
Next story loading