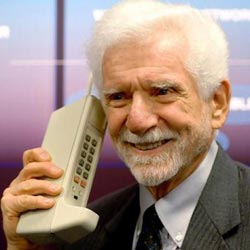 Various measurement services have been dancing on both sides of this psychological tipping point for the smartphone market for the past year, but this week comScore joins the chorus of bean counters who say that a majority of adult cell phone subscribers in the U.S. are now working with smartphones.

Nielsen marked the tipping occurring back in March numbers. Pew in September still had the overall penetration rate at 45%. Still, everyone seems to agree that key youth and affluent demographics passed the halfway mark a while ago. Your smartphone mileage may vary according to target.

Whatever we may think of the fragmentation that resulted from Google’s open platform strategy with Android, it surely has paid off in raw platform reach, complex as that may be. On a worldwide basis, Android owns over 75% of the market in recently purchased smartphones. According to comScore, the U.S. picture is less lopsided. Google has a 52.5% share as of September, compared to Apple’s 34.3%. RIM’s nosedive continues predictably with a 8.4% share (-2.3 point in a quarter). And Microsoft’s costly charge into the mobile market continues to underwhelm, with a 3.6% share.

As the politicos like to say about the latest polls, it is the internals that really count. Regardless of smartphone penetration, key mobile activities are well past the majority mark. Now more than three-quarters of Americans use SMS (75.5%), 54% use apps and 52% use the mobile browser. Considering that cell phone penetration now is at 234 million Americans, those are mighty numbers indeed. More specific mobile activities such as social networking (39%) and game playing (34.4%) now occupy more than a third of users.