What A Google Search Query Could Have Told Murder Investigators 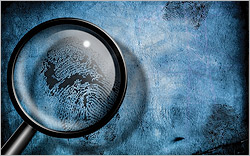 Intent. Marketers know every search engine query relates to intent. Intent to make a purchase, intent to travel from point A to point B, and intent to research information to perform an act. Intent begins with an aim or purpose. So when I read the Sunday New York Daily News piece on how Casey Anthony murder trial investigators missed a Google search for "fool-proof" suffocation, I became dumbfounded.

As unusual as it might seem, on Sunday Florida Sheriff investigators admitted to missing a key piece of evidence when preparing to prosecute Casey Anthony on the death of her daughter, Caylee. A jury acquitted Anthony in July 2011. The Google search overlooked: "fool-proof" suffocation. It turns out that the sheriff office's computer investigator missed the June 2008 search made from a computer Anthony used.

Preparing for a murder trial, law enforcement officials have been quick to investigate online activity for clues by monitoring Twitter tweets, downloading mobile phone records and investigating social networks like Facebook and MySpace.

People who launch a browser, type specific words into a search box and hit the enter key usually have something in mind -- a clear indication of intent. Ironically, the one digital media technology or act that provides the most insight into human characteristics or intent of an action, intentionally or unintentionally -- search queries -- sometimes gets overlooked.

Google and Microsoft built an entire advertising business based on search and intent. Magnetic and Simplifi took search data and built a similar model based on retargeting. Recently, Toronto-based Chango received $12 million in funding to build out its search ad retargeting offerings. Numerous posts describe how marketers can capitalize on search data.

Granted, the oversight was a critical mistake. Maybe law enforcement should think like marketers and look at search engine queries as leads.

google, search
1 comment about "What A Google Search Query Could Have Told Murder Investigators".
Check to receive email when comments are posted.
Next story loading