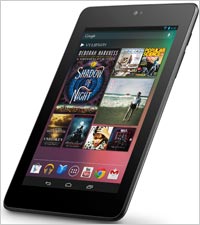 From the beginning, Google’s Android strategy was -- like most things Google -- a raw scale play. Zig where Apple zagged. Keep the OS open and get as many handset makers and carriers involved as possible and swamp Apple’s precious, selective, proprietary approach with waves of smartphone users of all sorts. Get the numbers high enough and the developer will chase them regardless of the competition’s hip factor cool halo that it tried to confer on the development community.

And it kinda worked -- at least insofar as Google glommed massive market share, especially worldwide. But the persistent problem has been the relative lack of app use among Android owners and the lower monetization for developers. Gazillions of people had Androids, but its app download numbers trailed iOS considerably. What were all those Android owners doing with those smartphones, anyway?

Well, there are signs in recent months that scale is finally paying off. According to the latest App Annie report on downloads across app stores, Google Play’s free downloads have increased 48% between March 2012 and October 2012. In the same span, Apple’s iOS downloads have seen a leveling -- up by only 3.3%. App Annie warns that in the last month, Google Play downloads also have leveled somewhat, so we have to look down the road for better signs of the trend.

App Annie charts the rise beginning in May, but I wonder how much of it is also attributable to the major and smart revision of the Android Marketplace into Google Play last March. The experience of exploring Android apps is so much improved under this interface, not on the Web and on devices, that I know I was much more willing to prowl around.

In fact, Google Play has wonderful advantages like video previews that are not available in the iOS App Store. The integration of Web with devices is seamless. I sign in from any of my Android devices, and have access to whatever app, music and book material I accumulated across any of them. I still find the functionality of iCloud a bit more confusing at times. Google Play in recent months finally crafted a tablet-specific zone as well.

To be sure, iOS still leaves Android in the dust in terms of monetizing apps. App Annie finds that iOS generated 4X more revenue in apps than did Android. But the latter is in growth mode, up 311% since January. Apple’s apps have increased revenue only 12.9%, and in fact have declined somewhat (-.7%) since September.

Somehow it took a while, but Google re-learned for its mobile store a principle that after all it taught the entire Web when it launched that lean, clean search box early last decade. Experience matters.